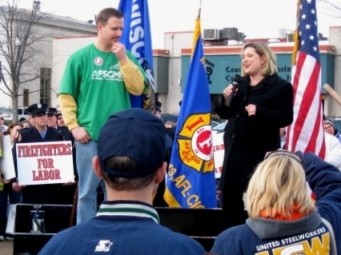 ListenDownload
Recall efforts against three central Wisconsin Republicans were given a boost last night at a big rally that featured one of their Democratic colleagues. Glen Moberg reports.