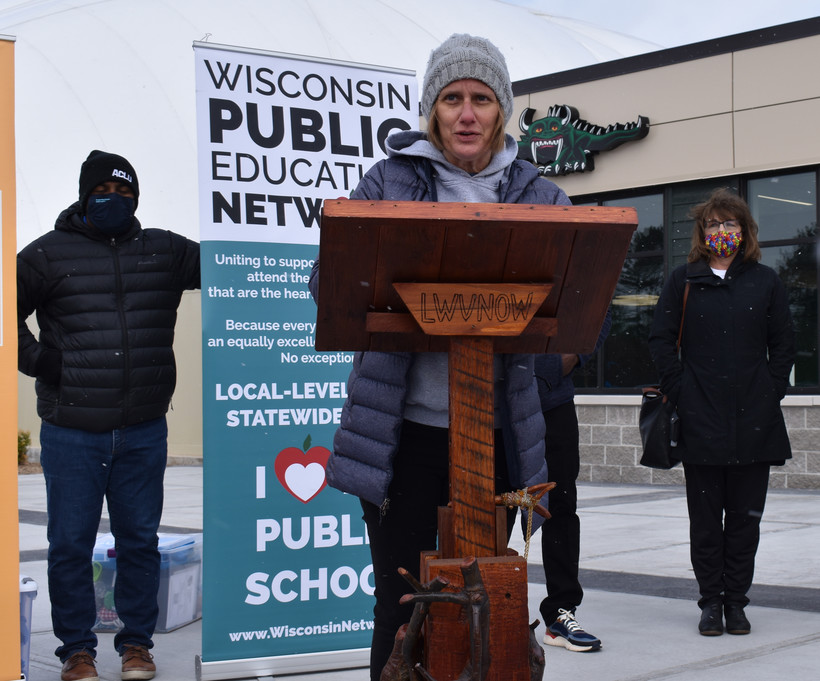 Members Of The Joint Finance Committee Heard From Dozens At Rhinelander Hearing
By Rob Mentzer
Share:

Schools need the ability to raise taxes beyond current revenue limits and the state needs to boost funding for special education, school advocates said Wednesday at a state budget hearing in Rhinelander.

The budget proposed by Gov. Tony Evers, a Democrat, would boost spending on K-12 schools by more than $1.6 billion over the next two years. It would increase general aid to schools by about $613 million and add $713 million to special education funding. Republicans who control the Legislature have said they will throw out Evers’ budget proposal and create their own. Many who spoke at Wednesday’s hearing urged members of the Joint Finance Committee to retain these elements of the governor’s proposal.

"We want to see a budget that really works to close the gaps for education funding," said Heather DuBois Bourenane, executive director of the Wisconsin Public Education Network.

Under current funding, the state pays for about 29 percent of districts' special education costs. Evers' budget would bump that to 50 percent.

Patti Clark-Stojke of Fox Cities Advocates for Public Education said serving students with disabilities is "not only a federal mandate, it’s a moral and ethical obligation to the most vulnerable children in our communities."

Under the economic rescue plan passed by Congress in March, the federal government will distribute $350 billion in state and local aid, and $122 billion to schools. DuBois Bourenane said that school funding is earmarked for specific COVID-19 mitigation measures such as replacing heating and air conditioning systems or covering the costs of new technologies that districts have bought in the past year.

"Those are costs that have already been incurred," she said. "Those funds are not a substitute for responsibly funding our schools as a state, and cannot be used to make up for the mistakes that past budgets have made in widening gaps that just make it harder and harder for kids to succeed." 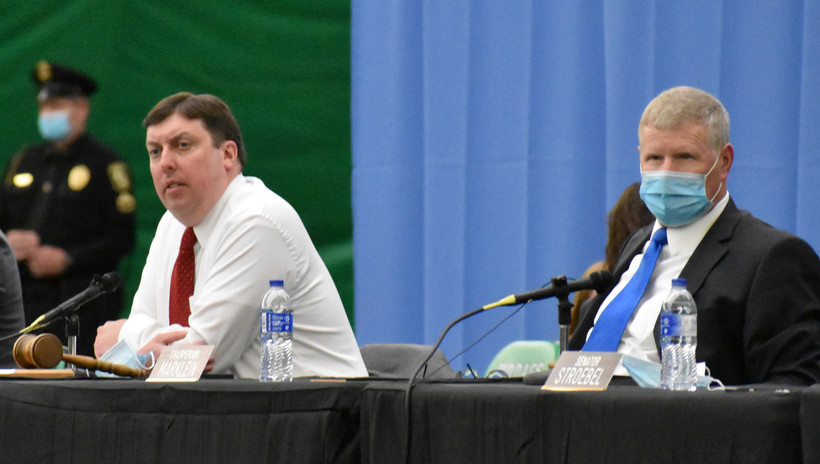 Also on school advocates’ agenda: changes to the way Wisconsin treats school referendums. The law limits schools’ ability to increase local taxes without taking a referendum to voters. In many of the state’s largest districts, voters have tended to approve new referendums. But smaller and more rural districts have had a harder time. In April, voters said no to referendums in Wausau, Tomahawk, Wisconsin Dells, Edgar and Elcho, among other districts.

"We often hear people say, well, if districts need more money, they should go out and pass a referendum," said Tim Prunty, director of business services at the Unified School District of Antigo in testimony to the committee. "Antigo has tried that on several occasions, and has failed."

The problem, Prunty testified, is that in "property poor" districts, the impact of a referendum on local taxpayers is greater than it is in richer districts.

The hearing at Rhinelander’s Hodag Dome, an inflatable enclosure that holds a football field, was the second of four state budget hearings. The first was April 9 in Whitewater; a hearing is scheduled for Thursday at the University of Wisconsin-Stout in Menomonie; and on April 28, the committee will hold a fully virtual session.

The sessions bring advocates and local leaders from across the state before the authors of the state’s budget to call for funding and policy changes. In Wednesday’s testimony, the committee heard from local elected leaders from all over Wisconsin calling for increases in state aid to municipalities; advocates of criminal justice reforms and marijuana legalization; and a vape-shop owner in opposition to a proposed tax hike on vaping products.

Youth from Minocqua’s Lakeland Star School Academy, a school that helps students on the autism spectrum, testified on behalf of funding for their school. Employees at the Lincoln Hills School youth prison spoke about dangerous conditions there; the budget proposed by Gov. Tony Evers would close the facility. Leaders from Milwaukee asked the committee to grant the city the ability to raise sales taxes.

The stance of the lawmakers on the committee was hard to discern on Wednesday; they largely did not respond to the procession of dozens of speakers at the more than five-hour hearing.