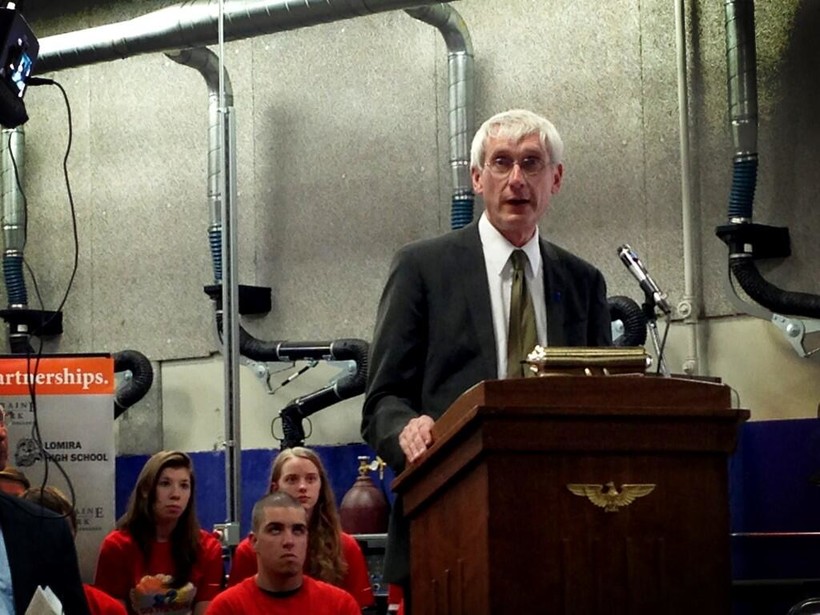 State Public School Superintendent Tony Evers said there are "have" and "have not" school districts in Wisconsin, and he'd like to even things out.

Evers spoke Tuesday to parent and teacher activists at a meeting in Wauwatosa of the Wisconsin Public Education Network. He said overall state school districts are doing very well at passing referenda that provide more revenue.

“And the reason we're passing referenda is because people like you all across the state, are saying, 'this is b.s,’ we have to support our schools, if the state is not,” he said.

But Evers said the downside is that school referendum efforts in some poorer communities like Milwaukee are less likely to succeed, making worse what he calls the gap between have and have-not school districts.

Evers said the Department of Public Instruction will ask Gov. Scott Walker in the next state budget to focus on having an equitable distribution of state aid for schools, noting he understands any additional dollars may be limited.

Evers said he's especially concerned about teacher shortages in some districts in Western and Northern Wisconsin. He said he's engaging stakeholders from around the state to identify and propose solutions that help school districts address critical staff shortages.

"I think it's about money. I think teachers are underpaid," Evers said.  "And second of all, the kind of dysfunctional dialogue we have about public schools, where it always seems to turn to the teachers as the villains here. That's a national issue, but I think it's amplified here in Wisconsin."

He said many potential teachers tell him they don't want to work for 30 years with a target on their back.

In other cases, Evers said some better-funded districts are able to hire teachers from nearby cities and offer them a substantial raise, without requiring the instructors to move.

Later Tuesday, Evers announced an effort that would ease requirements for retired and prospective teachers to get professionally licensed.