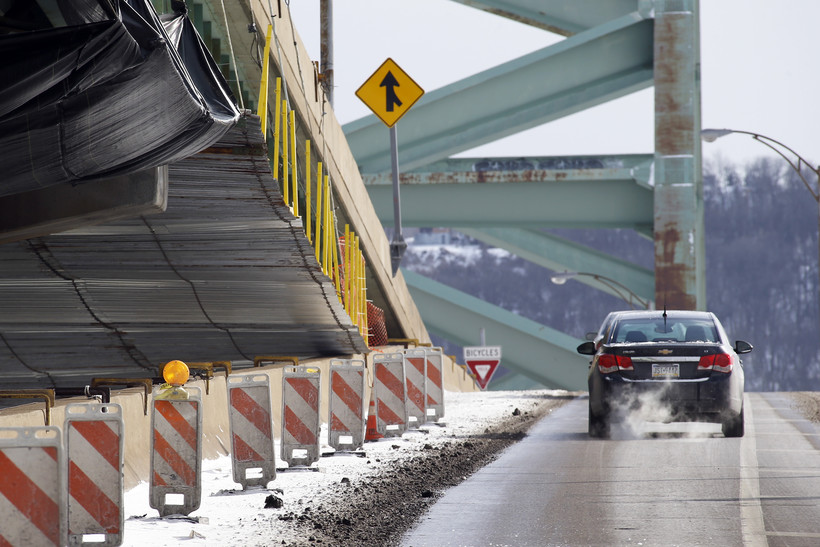 Wisconsin Department Of Transportation Faces A $1B Deficit
By Ross Terrell
Share:

The event was held the day after Gov. Scott Walker said in his State of the State address that his 2017-19 state budget proposal will include increased funding for local transportation projects.

Walker said Tuesday his next budget will send $65 million more to local governments for infrastructure, but he vowed not increase the gas tax unless there is an equal cut in another area, like income tax.

"All these things put together, for me, don't add up to a way to do all this unless there's some big trick," Berry said.

Berry said in past state budgets, the trick was borrowing, which simply pushed debt repayments further down the line.

He said the year-to-date 1 percent increase in sales tax revenues isn't a good sign for the state's finances.

Steve Baas, vice president of government affairs for the Metropolitan Milwaukee Association of Commerce, said bipartisanship is necessary to find a solution to the funding gap.

"I think it's as silly for people on, what I would call my side of the debate, to say let's solve this tomorrow by putting in a 22 cent a gallon gas tax," Baas said. "It’s just as silly for people on the other side to say we should never ever look at gas taxes, registration fees, or any other revenues. Everything has to be on the table."

Baas said a long-term solution needs to be found because filling a hole in a two-year budget doesn't mean it's sustainable.