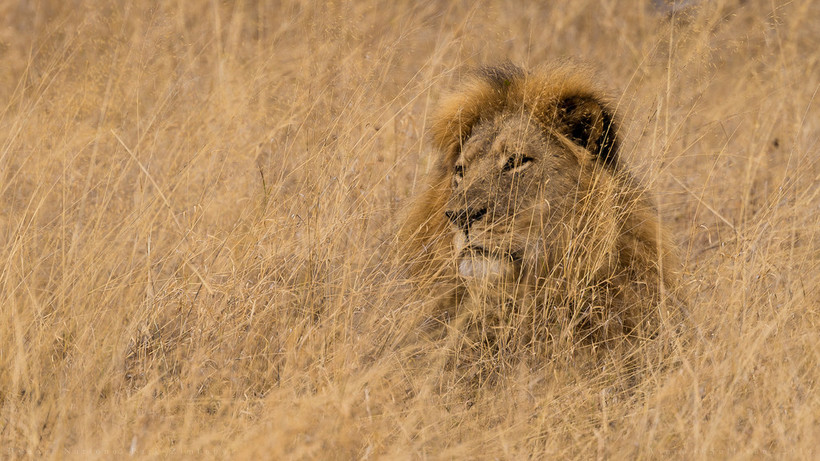 A popular backlash against big game trophy hunting in Africa following the killing of a beloved Zimbabwe lion may lead conservation organizations to oppose the practice as well, according to one National Geographic writer.

Cecil, a lion from a national park killed in July by an American dentist during what he allegedly believed was a legal hunt, has shone a light on the common but previously little-known practice of big game trophy hunting, according to National Geographic writer Brian Clark Howard.

While not yet officially listed as endangered or threatened, African lions have experienced a "dramatic decline" of more than 80 percent in the last century, Howard said, and now fewer than 30,000 likely remain. Threats include illegal poaching, habitat loss and prey depletion.

While Cecil has gained widspread attention online and in the media, he was just one of hundreds of lions killed in trophy hunts in Zimbabwe in recent years.

But many major conservation organizations, including the World Wildlife Fund, have supported legal, managed trophy hunting as a means of promoting conservation goals and raising funds to manage bigger problems, including poaching, that plague species.

International treaties do require African countries that allow trophy hunting of animals such as lions to ensure that hunts are conducted with oversight.

"They have to show that any individuals that are hunted would not harm the overall survival of the species in that country," Howard said.

For example, removing a lion like Cecil, who led a pride of six females, and more than 20 cubs, could result in the death of all those cubs as well. When a new male moves into a pride, he generally kills the cubs in order to give the advantage to his own offspring, Howard explained.

But killing an older male might actually benefit a pride, if that male has been preventing younger lions from reproducing.

"There’s a lot of debate about if you kill the specific lion, will that impact a population," he said.

Finally, he said, trophy hunting carries with it feelings of elitism, making it unpopular in some communities where residents don’t feel like they’re getting a fair portion of the profits.

"This touches on issues of race, power and colonialism, too," Howard added.

Still, he said, trophy hunting, sometimes called "conservation hunting," brings in about $20 million per year to Zimbabwe — one of the world’s poorest countries — accounting for about 3.2 percent of the country’s total tourism revenue. This percentage is typical for most countries with legal trophy hunting, and the industry is especially valued in remote areas that might not attract other kinds of tourism, Howard said.

"The stakes are pretty high for Zimbabwe because they’ve been trying to increase tourism to the country," he said.

But Howard said the tide may soon turn against even legal hunts after the surge in public awareness via social media.

Howard said he had asked the World Wildlife Fund for a statement on their stance, for example, and that they had not been ready to respond yet. He said he suspected they would be altering their position in the future.

"I think it is likely that there is kind of a shift away from conservation hunting now, there’s a lot of momentum against it," he said.

For example, airlines, including Delta and United, have recently banned travelers from using their flights to bring home trophies from lions, rhinoceroses and other big game. Several U.S. senators have also proposed a bill to extend import and export restrictions to include species being considered for endangered or threatened status.

And the attention that Cecil’s death has drawn to African lions has proved profitable for conservation efforts: The Oxford University group studying Cecil has raised nearly $800,000 in the weeks since the news broke.

Howard said science might also be in favor of letting lions live. One report found that a lion in Zimbabwe might be worth several million dollars over its lifetime because of the tourists it attracts. A dead lion, by contrast, is worth far less.

Ending trophy hunting, Howard said, will require that money keep coming in from other sources.

"Conservation hunters have always said there isn’t enough money to do the job of conservation and they’re the only ones filling the hole," he said. "If people step up and that becomes not true, then I think that might be the tipping point."