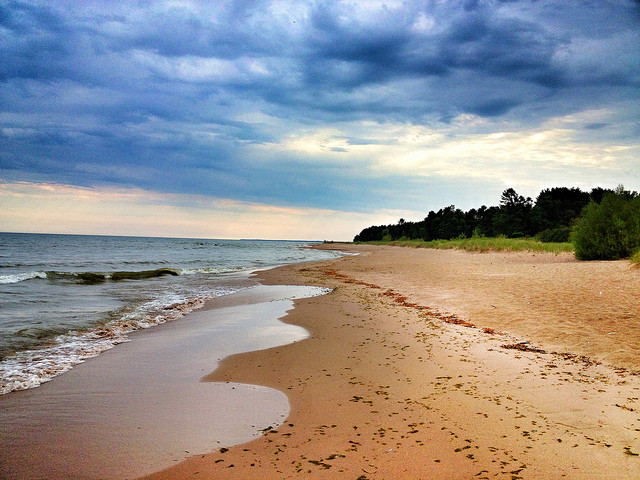 The proposed national sanctuary would include the waters off of the Kohler Andrae State Park shoreline.

Proposed Sanctuary Would Be Only Second In Fresh Water
By Chuck Quirmbach
Share:

The National Oceanic and Atmospheric Administration and the White House are behind the Lake Michigan sanctuary plan, which would include waters near Manitowoc, Sheboygan and Ozaukee counties. If the plan goes ahead, Wisconsin would host one of 14 National Marine Sanctuaries and only the second one in fresh water, the first being in Lake Huron.

Kathryn Sullivan, who heads NOAA, said the sanctuary's benefits to fish and other species will depend on still-to-be-completed operating rules.

"National Marine Sanctuaries that NOAA operates are not, by definition, no-take or stay-out zones. They are, in many cases, multi-use zones. So, what benefit will it yield to fish stocks that live in those water will depend on what the rules and regulations there are," she said

She added: "If it's closed to fishing or it's zoned to take some of the fishing pressure off, it will have a certain train of consequences for the living resources. If it's something like the Monitor National Marine Sanctuary, that has no biological provisions to it. It's really about the Monitor (Civil War battleship) wreck."

The Wisconsin Sea Grant Program says there are 15 shipwrecks listed on the National Register of Historic Places that would be within the designated Lake Michigan sanctuary boundaries. Another 24 known wrecks are in the proposed sanctuary but are not, at this point, on the register.

"But to the degree that the sanctuary either precludes anchoring on the bottom or dragging anchors or provides safe anchorages at known places, so you're not fouling the bottom, you're helping to preserve the shipwrecks," she said.

The Great Lakes face many challenges, including invasive species and climate change. Sullivan isn't promising that the National Marine Sanctuary designation would solve everything.

"The devil is always in the details, and you'd have to scale it appropriately and manage both its shoreline boundaries and waters themselves in a way that was aimed toward that sort of objectives," she said.

So far, the proposed Lake Michigan Marine Sanctuary is drawing bipartisan support from members of the Wisconsin congressional delegation. The public can weigh in next month at hearings in eastern Wisconsin.