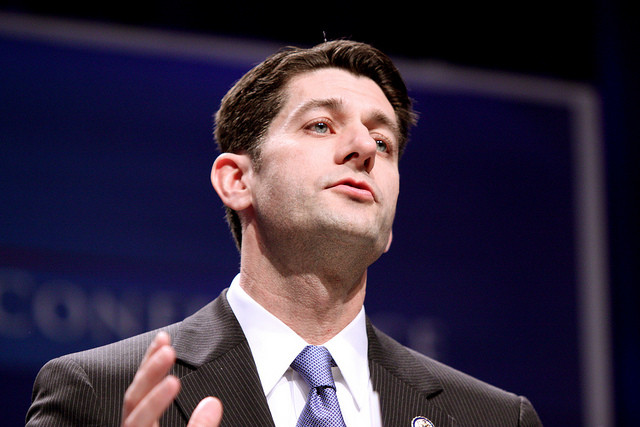 About 40 people gathered in front of the Racine office of U.S. Rep. Paul Ryan, R-Wisc., today to urge him to take initiative on immigration reform.

House Republicans are scheduled to meet Wednesday to decide how to proceed with immigration reform, the Senate having adopted its own version.

The sidewalk in front of Ryan's office has been the scene of various protest demonstrations over the years. But the crowd at the latest gathering praised the Republican for his stand on immigration reform while offering a nudge.

Although he expressed support earlier this year for the bipartisan compromise on immigration reform that included a path to citizenship, Ryan has said he has problems with the recently-passed Senate version and hopes the Republican-controlled House will launch a more methodical process with an eye toward fixing what he views as flaws in the Senate bill.