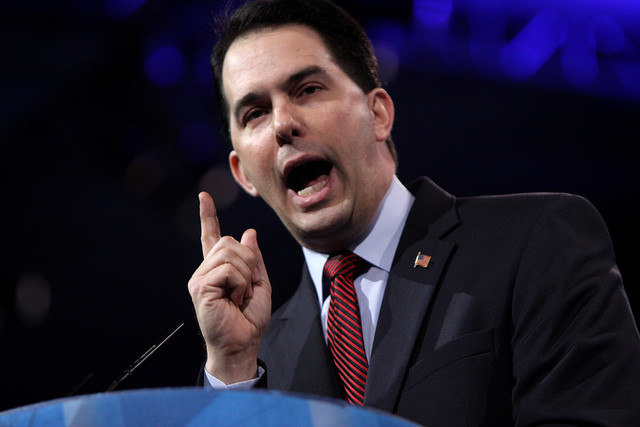 Three state prosecutors have asked the U.S. Supreme Court to overturn a decision that shut down an investigation of conservative groups and Gov. Scott Walker's campaign.

The Wisconsin Supreme Court ended the case known as "John Doe 2" last July, ruling that the coordination being investigated was permitted under the First Amendment to the U.S. Constitution.  The decision effectively opened the door to unfettered coordination in Wisconsin between candidates—who have to disclose their donors—and interest groups that can accept unlimited contributions from secret donors.

"The decision permits unlimited candidate-controlled expenditures by … organizations funded with anonymous dollars; it is the very undoing of campaign disclosure requirements," the district attorneys wrote.

Prosecutors said this case "represents the most extreme form of coordination conduct" where the key principals in Walker's campaign were "one and the same" with interest groups and were effectively making decisions on their behalf.

In addition to the campaign finance issues raised by the case, prosecutors told the U.S. Supreme Court that State Supreme Court Justices David Prosser and Mike Gableman should never have heard the case to begin with because they were aided in their elections by some of the same groups under investigation.

"Under any reasonable reading … the special prosecutor did not receive a fair and impartial hearing," they wrote.

University of California at Irvine Election Law Professor Rick Hasen said the U.S. Supreme Court might not want to decide the First Amendment questions raised by this petition as long as it's split four-to-four.

"I think the recusal question is one that is potentially more likely to interest the justices of the Supreme Court and also one that would be less likely to produce a four-four split," Hasen said.

Hasen said he had never seen a Supreme Court petition as heavily redacted as this one, where large chunks of text that will be visible to justices were deliberately kept secret from the public.  He said it was also unusual to see the district attorneys file this case themselves.  Chisholm and the others took that step after the State Supreme Court blocked them from using the aid of pro-bono law firm.