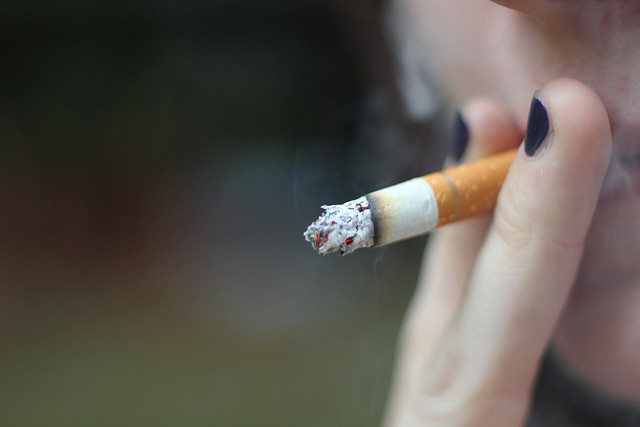 The Pros And Cons Of Raising The Smoking Age

Concerns About Criminalizing Youth At Odds With Preventing The Onset Of Smoking
By Judith Siers-Poisson
Share:

Gov. David Ige of Hawaii recently signed legislation to raise that state’s legal smoking age to 21. The law will go into effect on January 1, 2016, and also includes e-cigarettes.

This move follows on the heels of a report carried out by the Institute of Medicine that looks at the public health impacts of raising the smoking age.

According to some critics of the move, raising the age to 21 makes no sense when 18-year-olds can serve in the military, get married and enter into legal contracts. Concerns have also been raised about how it could be enforced and at what cost to taxpayers.

Beverly May, a regional director for the Campaign for Tobacco-Free Kids, said she doesn’t think that raising the smoking age is a silver bullet, but does support it.

"This is just another tool of a comprehensive approach to working with youth … It’s not just (raising the legal age to) 21. I think there’s been a lot of emphasis on law enforcement, but this is something we want to do for changing the social norms. It’s working with communities and convenience stores so they don’t sell the cigarettes," May said.

May said that past changes in smoking regulations seemed shocking at first, for example, eliminating smoking on airplanes and later in restaurants, bars and other shared indoor locations. But she added that those behaviors became accepted and expected quickly.

"Now what happens is that if you walk into a restaurant and someone sees another person smoking, usually a patron will tell them to quit smoking or will tell the management. So a lot of these laws are policing themselves," May said.

Anthony Fisher, a producer at Reason TV and Reason.com, countered that even if there is not active enforcement, there could be serious consequences for people under 21 who are found to be in possession of tobacco products.

"Make no mistake, this is prohibition, and prohibition involves law enforcement," he said. "In New York, I reported on a lot of ‘stop and frisks,’ and the idea is that if someone is breaking a petty law, they’re probably going to break a more serious law, so stop them and shake them down. In New York, possession of a small amount of marijuana has been decriminalized, but if someone stops and frisks you, then suddenly it’s in public and it’s a crime."

For other states considering raising the smoking age, Beverly May said that even with falling smoking rates among young people, it makes sense.

"We know that 95 percent of adult smokers begin smoking before they turn 21. I think the governor in Hawaii said it very well when he was signing the bill. 'Raising the minimum age as part of our comprehensive tobacco control efforts will help reduce tobacco use among our youth and increase the likelihood that our keiki will grow up to be tobacco-free,'" May said, quoting Governor Ige. Keiki is the Hawaiian word for children.

But Anthony Fisher offered this warning:

"Like all things that come from good intentions, if they are conscripted into law, they have to be enforced at the barrel of a gun … Once you go down this path — I know a lot of people don’t like the slippery slope argument, and it’s not always appropriate — but who’s to say that if anti-smoking fervor continues down this path, that a kid pulled into the system couldn’t be denied federal aid for a college loan, which is the case with the smallest, pettiest nonviolent drug-related crimes," Fisher said.