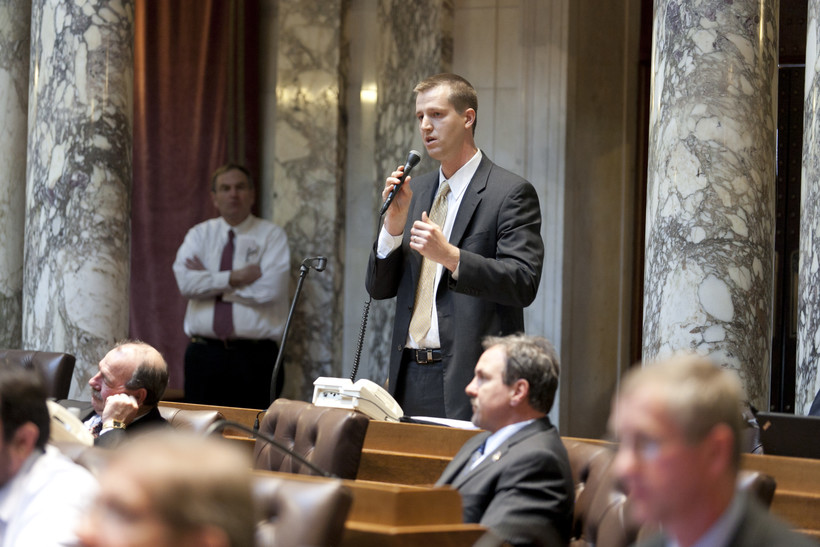 Plan Would Affect Those Making At Least $200,000 Per Year
By Bill Martens and Shawn Johnson
Share:

A Republican-led proposal that would eliminate a tax on Wisconsin’s wealthier residents has been met with mixed reviews.

The idea, pushed by state Rep. Dale Kooyenga, R-Brookfield, would eliminate the alternative minimum income tax, which typically applies to those earning at least $200,000 a year. He claimed the move, along with other tax cuts he's working on, would help simplify Wisconsin’s tax code.

"Wisconsin does not have a pro-growth tax code," he said on Friday. "We have a very, very complicated tax code that has been very detrimental to growth in Wisconsin for over a decade. So by making the tax code less complicated, you're making it more advantageous to growth."

Kooyenga has said he would offset the the cut with revenue increases elsewhere. The Legislature's nonpartisan budget office estimates the elimination of the alternative minimum tax would reduce state revenue by almost $63 million in the next budget, meaning Kooyenga would have to increase other taxes by at least that much to balance the books.

Marquette University adjunct law professor Rick Esenberg is a supporter of the plan.

"What Dale has been advocating for the last couple of years is that we broaden the base and simplify the system, that we take out a lot of the credits and deductions that we really don’t need. And when we do that, we don’t need the AMT," he said.

Esenberg said people he considered "upper-middle class" — not necessarily the richest segment of the population — were inadvertently hit by the alternative minimum income tax when the rate structure was changed in the current budget.

"It makes some sense to fix it," he said.

Indian Country Communications Chief Executive Officer Paul DeMain agreed that there are several credits and deductions to eliminate. However, he expressed reservations about another tax break for the rich.

"I’d like to see the definition of what the 'upper-middle class' is, because a lot of these policies have continued to support the wealthy at a time when the wealthy probably don’t need any more assistance," DeMain said. "They’re certainly not suffering."

In addition, he said that the "base" that conservatives are calling for to be broadened are actually picking up more and more of the tax liability instead of the wealthy.

Kooyenga said the proposal will be voted on by the Joint Finance Committee, possibly as soon as Wednesday.

Editor’s note: "The Week in Review" can be heard each Friday at 8 a.m. on the Ideas Network of Wisconsin Public Radio.