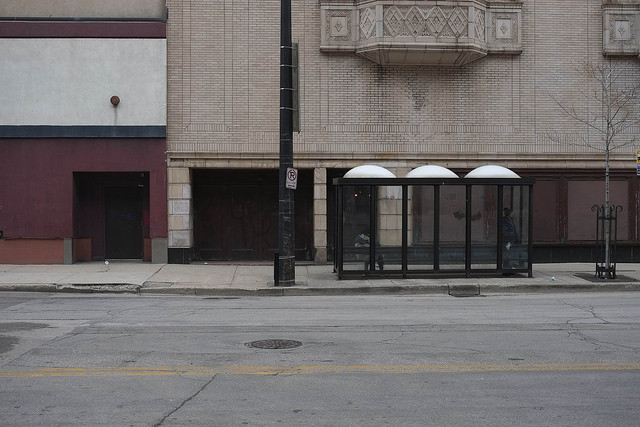 Some Milwaukee County officials are supporting a proposed bus service that could help transport more than 1,300 workers from Milwaukee and Racine to the planned Foxconn LCD screen factory. But moving forward would require buy-in from Racine County and the state.

The Southeastern Wisconsin Regional Planning Commission is proposing using $4.5 million left over from another county partnership to launch the bus service. The funds come from the sale of a Midwest Airlines hanger.

Under the plan, bus service would be focused on the start and end of Foxconn's 12-hour shifts. The plan has three tiers of service, which can be scaled up or down based on worker demand.

Theodore Lipscomb, chair of the Milwaukee County Board of Supervisors, asked the planning commission to develop the proposal.

"We must do something, the idea that there could be 13,000 jobs just down the road and that we wouldn’t take action to link our citizens, is a tremendous missed opportunity," Lipscomb said.

While Foxconn is expected to employ nearly 13,000, the proposed service line would likely serve no more than 1,300 workers.

"Historically in the region, we have had multiple counties or communities that have paid to cross those county lines and so we’d expect something like that in this case as well," he said.

But even if both counties and the state forgo individual claims to the $4.5 million, it's unclear if the money from the hangar sale can be used for the bus service.

"While I appreciate that the Chairman shares my goal of helping people get to work, at first look, it does not appear the specifics in his proposal are legally allowed based on federal regulations of how the money from the hanger sale can be used," said Milwaukee County Executive Chris Abele in a statement.

And according to M.T. Boyle, Racine County Executive’s chief of staff, Wednesday was the first they had heard of the proposal through media reports.

"The proper allocation of proceeds from the sale and potential restrictions on the funds remain the subject of ongoing discussions," Boyle said, adding that the county executive’s office is open to partnering with Milwaukee County for Foxconn-related programs.

Racine County established a transportation task force last week, looking at how to get workers to the planned factory. It has its first meeting later this month.