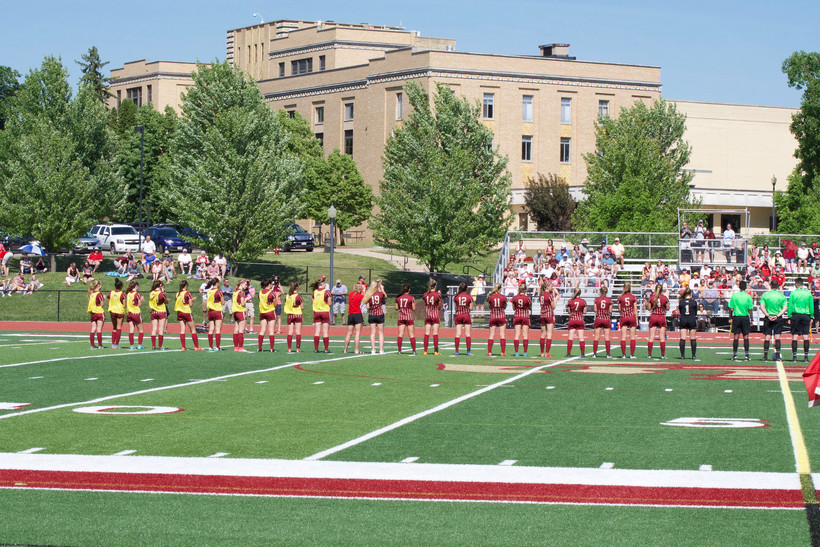 A proposal for a new high school sports stadium has caused controversy in an upscale section of Madison.

Red signs saying "NO NEW STADIUM" dot many lawns around the Monroe, Vilas, and Dudgeon neighborhoods. The houses are close to Lake Wingra and Edgewood High School, a relatively quiet area some residents say would get much louder if the proposed stadium gets built.

Edgewood High School, a private Catholic school, wants to amend its campus plan to build a stadium that will seat 1,000 people.

But some residents like Catherine Jagoe say the excess noise and light would be harmful. Jagoe is with the grassroots group No New Stadium.

"One of the things that makes Madison special and that makes this neighborhood a place that all the city can enjoy is that there are still small amounts of urban green space in this Lake Wingra neighborhood and I believe we have to protect that," she said. "The noise, the light, and the traffic and parking would be the cost that the neighborhood would pay for a private, religious school to be able to have a state-of-the-art facility on its campus."

But Madison Alderman Allen Arntsen says that's the price of living a city. In a blog post, he offered a compromise that supported the amendment with limitations on the number of night games hosted at the stadium.

Edgewood officials say the athletic complex is a community asset and that they have been working closely with local residents to come to a mutually beneficial agreement.

Edgewood's proposal will go before Madison's Plan Commission on Jan. 14 and common council on Jan. 22. Both meetings will have opportunities for public hearings.