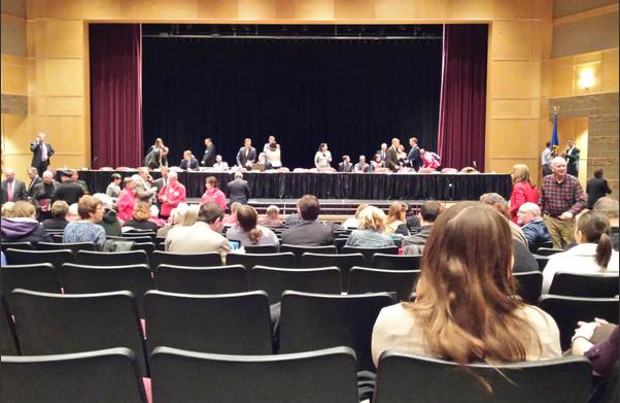 Lawmakers heard public testimony on the governor's proposed budget in Brillion on Wednesday.

Advocates for the elderly and people with disabilities urged members of the Legislature’s budget committee to reject Gov. Scott Walker’s proposed overhaul to Wisconsin’s long-term care program on Wednesday.

Walker’s budget would restructure programs like Family Care and IRIS, a move that advocates say would give disabled people less of a voice in their care.

Donna Ellenbecker is the director of Our Place Day Services, which cares for people through the IRIS program.

"If we don’t take care of the most vulnerable population in our state, I think it says something about who we are as a state," she told lawmakers at a public hearing in the eastern Wisconsin community of Brillion.

The Joint Finance Committee is holding public hearings across the state on Walker's proposed biennial  budget. The next hearing will be held on Friday at Alverno College in Milwaukee.