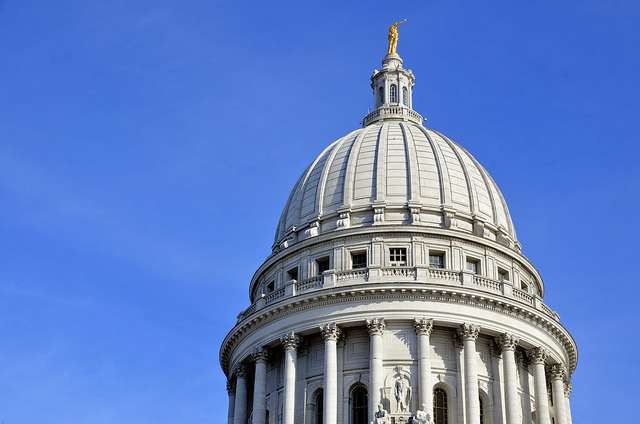 Proposal Would Eliminate Tax Break For Businesses That Leave Wisconsin

Businesses that move out of Wisconsin would no longer be able to deduct relocation expenses from their state taxes under a proposal at the Capitol.

The bipartisan bill is looking to eliminate what sponsors are calling a "loophole" in the current state tax code.

"Wisconsin is a business-friendly state, but we also need to fair," said Sen. Dan Feyen, R-Fond du Lac, one of the bill’s sponsors. "Wisconsin taxpayers shouldn’t be subsidizing the costs of a company that is moving jobs and other economic activity outside of our state."

Gov. Tony Evers included a similar plan in his budget proposal. The governor's office estimated it would save the state about $500,000, Feyen said.

However, during testimony before lawmakers earlier this month, a representative from the state Department of Revenue said it is difficult to determine the exact gain for the state. They said the bill would result in "a small increase in revenue, most likely less than $1 million."

Businesses that move within the state would not be affected.

The Wisconsin AFL-CIO and a handful of real estate advocacy organizations support the plan.

"Think about a worker who is being laid off from their job, being eliminated, and then to have salt put in the wound that they have to subsidize this company in terms of tax breaks," she said.

No organizations have registered their opposition.

The bill was unanimously approved Wednesday by an Assembly committee. It will now move to the full Assembly. It has yet to be voted on in a Senate committee.