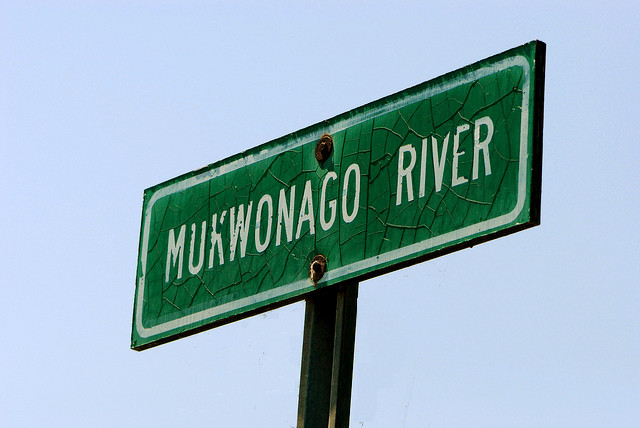 'Miss Pronouncer' Talks About The Complexities Of Proper Nouns In The Badger State
By Scottie Lee Meyers and KP Whaley
Share:

From Oconomowoc to Waukesha and Rio to Boscobel, Wisconsin is home to a number of places that can leave residents and outsiders alike completely tongue-tied.

It can be dangerous to phonetically pronounce the cities and towns of Wisconsin. (It's certainly been a job hazard for Wisconsin Public Radio hosts and other broadcasters who read Wisconsin news stories.) Luckily, Jackie Johnson, aka Miss Pronouncer, is here to help with her website. With a click of a button, it's possible to hear exactly how to pronounce all of Wisconsin's cities, villages, towns and unincorporated areas — and even the names of state lawmakers.

The website was born out of necessity, says Johnson.

"This started long ago when I was doing morning radio — there's not many people at the radio station at that time. So when I'm putting together copy for news reading and anchoring, there's nobody there who I can consult with if I need to know how to pronounce a name," she said.

At the time, she was also learning how to create websites and found that the information was not only useful for herself, but others as well. So began her work developing Miss Pronouncer.

It took a lot of work for Johnson to gather the thousands of names and put them online. The biggest boost for the project came when the state cartographer’s office created a map of all the unincorporated places in Wisconsin, then approached her for the pronunciations.

"There we some places that I just knew … but those I didn’t know, I called librarians, county clerks, local businesses, or just people I saw walking down the street. I tried to talk to as many people as I can to get at least a couple of different people pronouncing the name so that I had some sort of consensus," she said.

Thanks to the influence of Native American tribes and French settles, Wisconsin's place names don't always stress the syllables English-speakers may intuitively lean into, according to Johnson.

"The thing is with a lot of things in life, if you take an educated guess, you can sort of come up with the right answer probably a big majority of the time. But sometimes an educated guess is not good enough," said Johnson.

Even for cities where there seems to be consensus, there's still room for debate. Take Racine for example. Is the correct pronunciation Ruh-SEEN or RAY-seen? It depends on whom you ask, said Johnson.

Look no further than the actual spelling and pronunciation of "Wisconsin" itself for an explanation for the unique names found around the state.

"According to the Wisconsin Historical Society, Wisconsin is actually the English spelling of a French version of a Miami-Indian name for the river that runs about 430 miles through the center of our state. That explains a lot," said Johnson.

Meanwhile, here's a testament to just how inscrutable some of Wisconsin's proper nouns can be: Back when the Green Bay Packers played in the Super Bowl in Dallas, the Milwaukee Journal Sentinel put together a video that shows outsiders getting tongue-tied while trying to pronounce Wisconsin places. Check it out below: