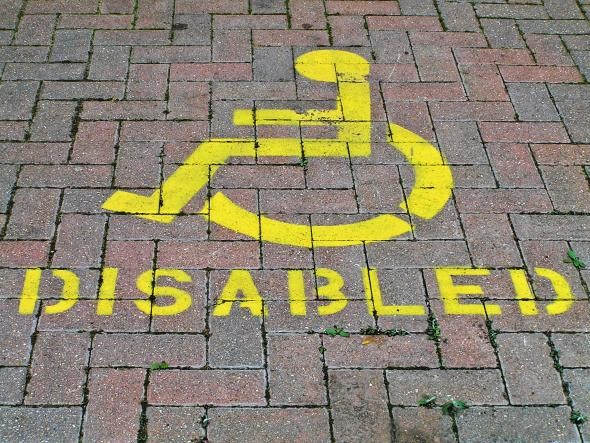 People Living With Disabilities Are Largest Minority Group In US, Professor Says
By KP Whaley
Share:

Disability studies professor Rosemarie Garland-Thomson hopes to change the idea that the disabled people need rescuing from a discredited identity.

With about one in five Americans living with a disability, disability rights are increasingly important; and in order for a societal shift to take place, there needs to be understanding and awareness, said Garland-Thomson, an Emory College professor.

Re-framing disability rights and accommodations in this way, she said, is an important step in changing the negative stereotypes about disabled people. Garland-Thomson said she believes the word disability can have an enormous stigmatizing power, but is also useful in empowering those who are disabled whether it be from illness, deformity, aging, disease or other reasons.

Most Americans will become disabled at one point or another in their lifetime, Garland-Thomson said, yet few are prepared for the transition because learning to live with a disability doesn't typically happen until diagnosis. The stigma that comes with having a disability can also prevent people from feeling as if they can be part of a movement.

"It's hard to adjust to a whole new identity, one that we have understood previously as one that we weren't," Garland-Thomson said. "That's an enormous transition, both psychologically and socially, as well as physically."

Garland-Thomson's work focuses on forwarding disability access, inclusion and identity to disabled communities. In a recent op-ed, Garland-Thomson wrote people living with a disability are the largest minority group in the United States, yet the group doesn't have the kind of social and political influence of other minorities.

"Where is our pride movement?" she asks in the New York Times opinion article, suggesting the socio-emotional empowerment that came from slogans such as "Black Is Beautiful" and "We're Here, We're Queer, Get Used to It!" also helped pushed forward anti-discrimination and desegregation laws.

She said accessing tax-provided services is simply easier for nondisabled people. Using the United States' transportation infrastructure as an example, she said all citizens' taxes pay for roads, bridges and highways and are easily accessible to those who drive. But access for people with disabilities is much harder.