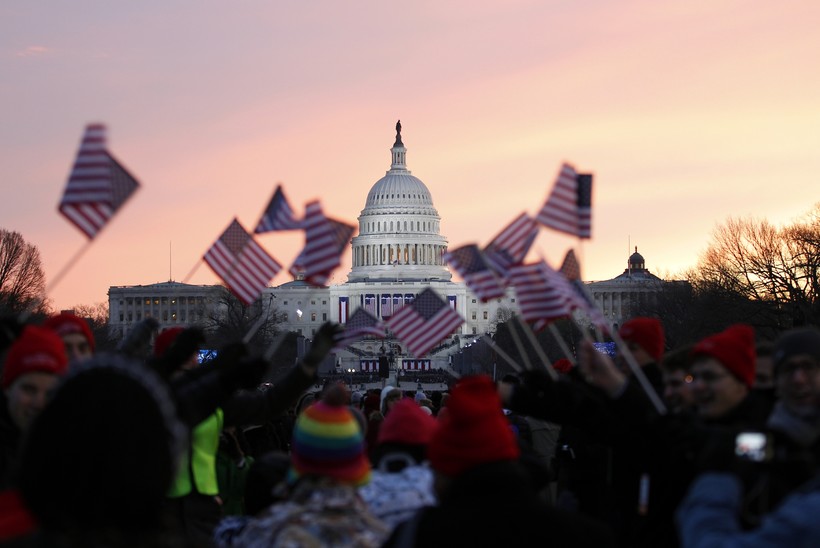 The growing gap between the rich and poor in the United States could have repercussions on democracy, a law professor says.

Income inequality not only threatens democracy, it goes against the founding principles of America, said Ganesh Sitaraman, assistant professor of law at Vanderbilt Law School and author of "The Crisis of the Middle Class Constitution: Why Economic Inequality Threatens Our Republic."

When the U.S. was founded, it was a radically egalitarian society for the era, Sitaraman explained.

"There’s actually some economic historians who’ve gone back and collected data on this time period. And what they find is that in 1774, right on the cusp of the American Revolution — and even including slavery — America was the most equal place in the world, and, in fact, was more equal than America is today," Sitaraman said.

Unlike Europe, America had no feudalism or aristocracy, but it did have the option for people to become landowners and independent farmers, Sitaraman said.

Founders and governments have worried "that the rich would oppress the poor, or that the poor would try to confiscate the wealth of the rich" through revolution, Sitaraman said, and America's founding fathers were no exception.

But America’s founders believed the country’s egalitarian society would continue throughout history and they built the government to reflect that belief. So while other governments have historically dealt with this worry over government devolving into oligarchy or revolutionary chaos, the U.S. has not, the law professor said.

But that doesn't mean the U.S. hasn't had its struggles, Sitaraman said.

In the Gilded Age in the late 19th century, there was a huge shift in the U.S. economy from agriculture to industrialism. People moved to cities to work in factories and the possibility of becoming a member of the middle class through land ownership vanished. Corporations and their shareholders had a greater share in wealth.

During this shift, people were worried the increasing wealth gap would threaten democracy as the wealthy gained more influence, and bribery became rampant at both the state and federal level.

"Progressives and populists tried to take action to change our constitutional system and our economic system in order to revive the basic understanding of what it meant to have a representative democracy," Sitaraman said.

"Those changes were designed to create both an economic democracy and a political democracy, and they were largely successful," Sitaraman said.

Sitaraman said these reforms helped usher in an era of economic prosperity and growth after World War II.

But today, the U.S. is less egalitarian than ever before, Sitaraman said. He argued that although post-WWII America saw policies that helped grow the middle class like the GI Bill, things changed in the 1970s and '80s.

"We really moved in a different direction in terms of policy," such as deregulating businesses and cutting taxes for the wealthy, Sitaraman said.

Those policies led to increasing inequality, and ultimately the crash of 2008 and the Great Recession, Sitaraman said. And now income inequality is at levels it hasn’t been at since the Great Depression, he said.

"This is the real constitutional crisis that we face right now, and it’s one that can’t be solved in one year, or with one Congress or one bill. It’s something that’s gonna take a long time for us to work through."