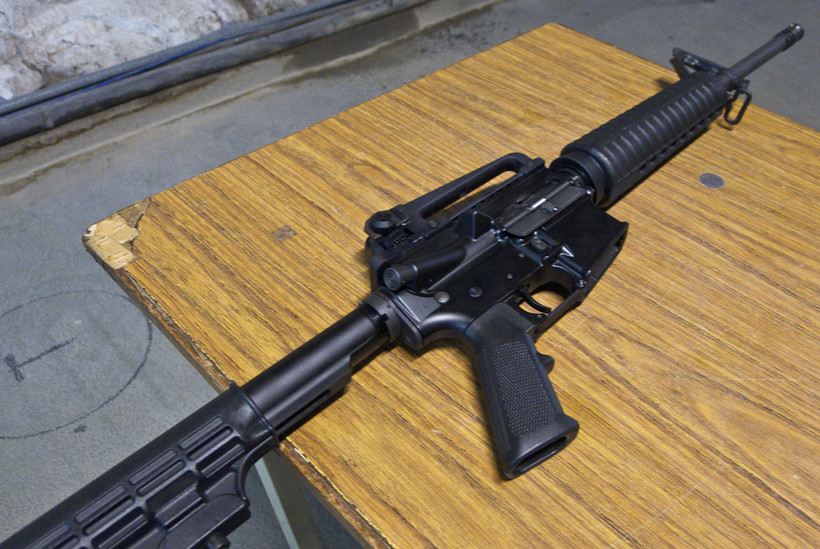 Professor: Don't Read Too Much Into SCOTUS' Refusal To Hear Case On Assault Weapons Ban

SCOTUS' Decision Not To Weigh In Does Not Affirm Lower Court's Ruling
By Scottie Lee Meyers
Share:

Political scientists are warning Americans not to take too much stock in the U.S. Supreme Court's decision to effectively uphold Connecticut's ban on assault weapons.

On Monday, the Supreme Court decided without comment, not to hear challenges to the ban from gun rights advocates.

The ban was put in place after the Sandy Hook Elementary School shooting. The decision came as emotions are still high around the issue of gun control after 49 people were killed by a man with an assault weapon at a gay nightclub in Orlando.

Despite conflicting media reports, the Supreme Court's decision does not affirm states the right to ban assault weapons, nor does it affirm the lower court's decision that put the ban in place, University of Wisconsin-Madison political science professor Ryan Owen said.

"All the (Supreme Court) did was say that it wasn't going to weigh in on this particular case and this particular controversy. We really can't take much away from that other than to say that at this time the court did not see much of a justification to involve itself in the dispute," Owen said.

The nation's highest court has not been eager to offer a clear and decisive ruling on the Second Amendment over the past decade, Owen said.

"I think for a long time there really wasn't a push by, I suppose predominantly the left, to pass much gun control legislation. But I think you've seen that ramp up quite a bit in recent years," Owen said.

The court might also be reluctant to weigh-in at the moment without a full bench after the death of Justice Antonin Scalia.

However, mass shootings and pressure from those asking for stricter gun laws and the attention they generate on social media could compel the Supreme Court to be more involved in Second Amendment cases in the future, Owen said.