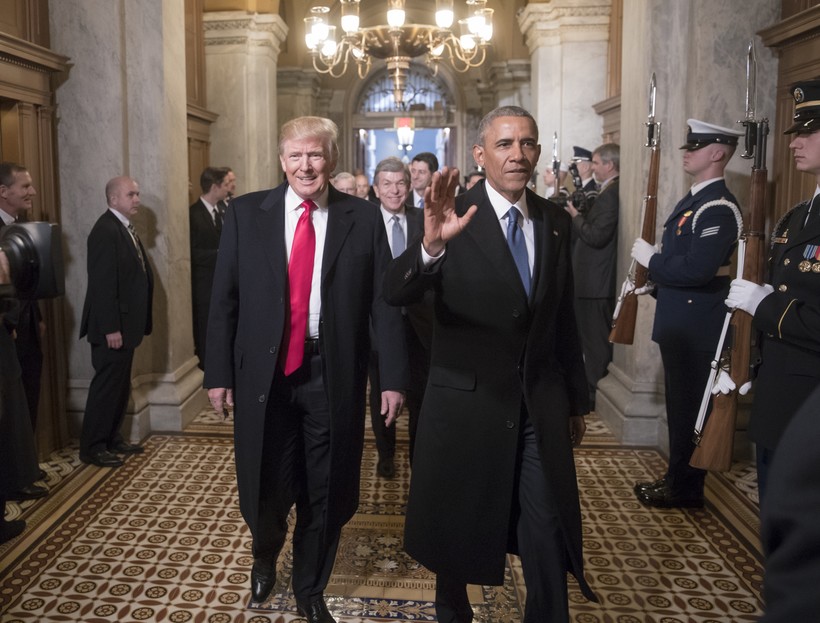 Professor: Democratic Party In Worst Shape It's Been In Since 1920s

A lot can go wrong in eight years, just ask the Democrats.

Things looked pretty good for the party back in 2009 when Barack Obama took the White House. Democrats held majority control in both chambers of Congress and added two allies to the U.S. Supreme Court.

But it's been a precipitous fall for progressives since then, especially on Nov. 8 when Donald Trump won the presidential election and Republicans maintained their majorities in the U.S. Senate and House.

Things don't look better for the Democrats when you zoom in either. Democrats have lost more than 900 state legislators since the Obama presidency.

Wisconsin is a perfect example of how far the Democrats have fallen. In November, 13 counties flipped from blue to red, and a state that has voted for the Democratic nominee in every presidential election since 1988 elected Trump.

David Schultz, a business professor at Hamline University in St. Paul, Minnesota, and the author of more than 25 books on American politics, campaigns and election law, said the Democratic Party is in the worst shape that it has been in in nearly a century.

The results of the 2016 presidential election showed white working-class voters overwhelmingly went to Trump and the Republicans. That reality has party leaders in the Democratic National Committee asking themselves if they need to veer to the right to regain their popularity among rural and suburban constituencies.

"Or is the solution to move further to the left, anticipating the demographic changes that are occurring in the United States with the millennials, a more racially diverse, a less white, less Christian, perhaps more liberal group of people, and try to figure out a rhetoric and position to appeal to them, and perhaps also to those white working-class who voted for Bernie Sanders," Schultz said.

Which path the Democrats choose will likely be unveiled this weekend in Atlanta when the DNC votes for a new chair. The race appears to have split the party in two. The faction further to the left mostly supports Rep. Keith Ellison of Minnesota, while centrists are lining up behind former Labor Secretary Tom Perez.

"I think this is an incredibly decisive election … because it will suggest which direction that the Democrats want to go," Schultz said.

No matter who wins, Schultz said Democrats will be asking themselves if they should double down on the kind of identity politics they relied on in the 2016 election, which at face value appeared to be a losing strategy. He added that simply relying on identity alone is not enough.

While the rest of the country may be suffering from campaign fatigue, party leaders are already looking to leverage the anti-Trump resistance movement to gain back seats in the 2018 midterm elections. The strategy of how Democrats plan to do that just might be revealed over the weekend, Schultz said.