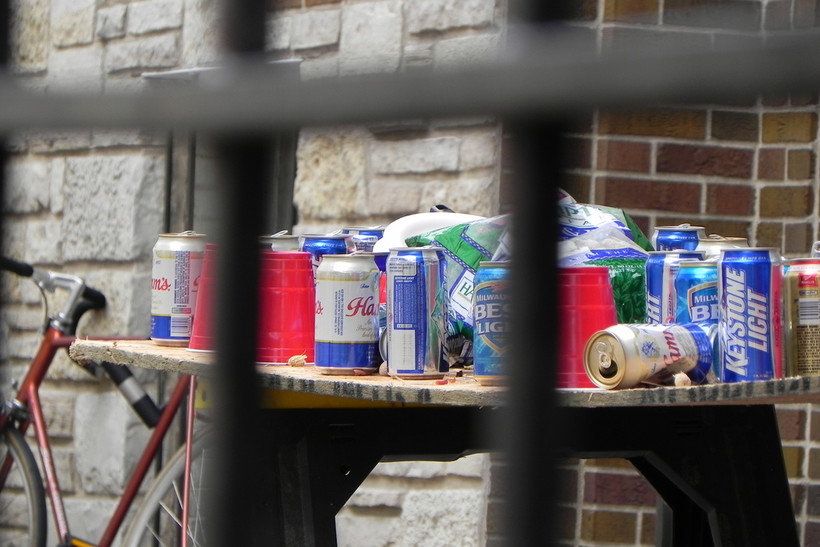 Professor Calls On Colleges To End Fraternities And Sororities

It’s time for colleges to shut down groups like Sigma Chi, Pi Kappa Alpha and all other fraternities. That goes for sororities, too.

In the article, Wade recounts the case of Timothy Piazza, a 19-year-old pledge at Penn State’s Beta Theta Pi who died after twice falling down the stairs at an alcohol-fueled fraternity party in February. Fraternity brothers waited until the next day — 12 hours later — to call 911 and devise a plan to destroy evidence. Eighteen brothers and the fraternity itself are facing more than 850 criminal charges, including involuntary manslaughter.

But beyond that specific, recent case, Wade's call to outlaw Greek life on campuses takes a longer view with the argument that fraternities and sororities have been a problem for nearly as long there has been higher education in the United States.

Wade claims that since fraternities emerged in the mid-1800s, members have shown "a recklessness and a disregard" for human life and "almost a perverse pleasure" in creating situations that are "perilously dangerous." That’s precisely what fraternities stand for, she said.

According to Wade, fraternities were born when wealthy families began sending their sons to college, which until then had served primarily middle-class young men who wanted to be ministers. The wealthy students did not take too warmly to respecting authority figures, which along with other issues, led to decades of violent riots on college campuses.

"That fraternity came out of and was born out of this desire to rebel against authority, to party to the point of perilousness, to indulge in violence and petty crime," Wade said. "That’s what the fraternity was about from its very inception, and it has been that way ever since."

In many states, hazing — when a person is required to participate in an activity in order to be allowed into a group of organization — is illegal. In Wisconsin, if the act leads to extreme harm or death, it’s classified as a felony. However, Wade said passing laws is not going to solve the problem because fraternities, by definition, don’t respect authority.

Universities have disciplined fraternities for incidents of unruly behavior. In fact, 13 of the University of Wisconsin-Madison’s 29 fraternities were on probation or suspended in 2016, mostly for alcohol-related offenses, according to the Daily Cardinal.

What Wade said makes the Piazza death such a striking case is that Beta Theta Pi was viewed by many as being a model and safe fraternity, especially for its commitment to not allow alcohol on its premises. Yet, she noted it still spent nearly $1,200 on alcohol for its party.

"Even in this case, they revolt against this idea of being safe or being responsible," she said.

The problem extends to sororities as well. Wade said that they exist in a codependent relationship with fraternities that tend to be "sycophantic and enabling," so they should be banned. She went on to say that while it’s certainly important for women and other marginalized populations to be able to come together as their own group, sororities are not a productive means to that end.

Despite negative headlines, fraternities and sororities have defenders on and off campuses. Georgianna Martin, an assistant professor higher education administration at the University of Southern Mississippi, wrote in a 2015 Wall Street Journal piece that fraternities offer benefits to both students and schools.

She said that social organizations give students a sense of place, a valuable support system and help members stay in college until graduation. Fraternity men also have higher grade point averages, she added. As for the disorderly and disruptive behavior, Martin contends that it's being committed by only "a few bad players" and that banning fraternities is going too far.

"The solution to this problem and the broader problem of misbehavior is better communication and connection between organizations, college/university professionals and alumni advisers, and better accountability for members," she wrote. "Setting high standards for individuals and their fraternities, as well as holding members who exhibit poor behavior accountable for their actions, is a positive step toward keeping fraternities relevant in the larger context of American college culture."

Wade also acknowledged that some Greek organizations perform charity work. However, she said there’s no reason those same positive aspects can’t be achieved outside fraternities and sororities.

When it comes to eliminating fraternities and sororities, Wade said the students she talks to on college campuses around the country claim it’s impossible because they’re too powerful. Her response is that in the 200 years since fraternities were created, slavery has been abolished, women have been allowed to vote and man has landed on the moon.

"If we believe that fraternities are literally too powerful to stop, I can’t think of a more important reason to get rid of them," she said. "If we have the leadership and the will among the administration on these campuses, then of course we can. We just need to want to do it badly enough."