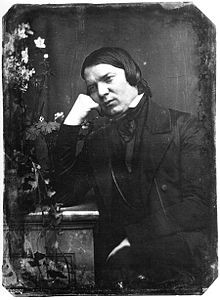 Robert Schumann did more than anyone else to make the music of Johannes Brahms known to the world. After Schumann’s death in 1856, his widow Clara continued to promote the piano music of Brahms by performing it in and around Leipzig. On December 15, 1861, just before the publication of his Variations and Fugue on a Theme by Handel, she wrote to violinist Joseph Joachim about her most recent performances:

Dear Joachim, I must write to you today. I know you’ll rejoice with me. I was quite successful with Johannes’ Variations, and they received hearty applause, recalls, etc. The people I spoke with had to concede that they are “interesting,” although I found, as I always do, that the professional musicians are the hardest to talk to. They can’t rejoice without misgivings at the thought that someone else is writing good things again. They can hardly bring themselves to admit that there is anything worthwhile in it!

The recent Mozart concerto went over much better than I expected, except that Reinecke was unfortunate enough not to come in with the orchestra after the cadenza, which resulted in a rough landing for me. The rest went quite well, but I couldn’t feel happy anymore. I had the great pleasure of hearing Robert’s songs for mixed voices, which Reinecke has rehearsed with great charm, and which the audience found delightful. The Zigeunerleben with Grädener’s instrumentation sounded wonderful. I could hardly believe it was the same thing I had heard in Cologne, when all of it sounded just as tedious as it could be.

I saw those dear artistic people the Röntgens today, and I’m expecting them this evening, when we’re planning to have some music. Unfortunately, his health is really poor right now, but he played so beautifully at the Gewandhaus the other day that everyone still speaks of it in glowing terms, I’m happy to say.