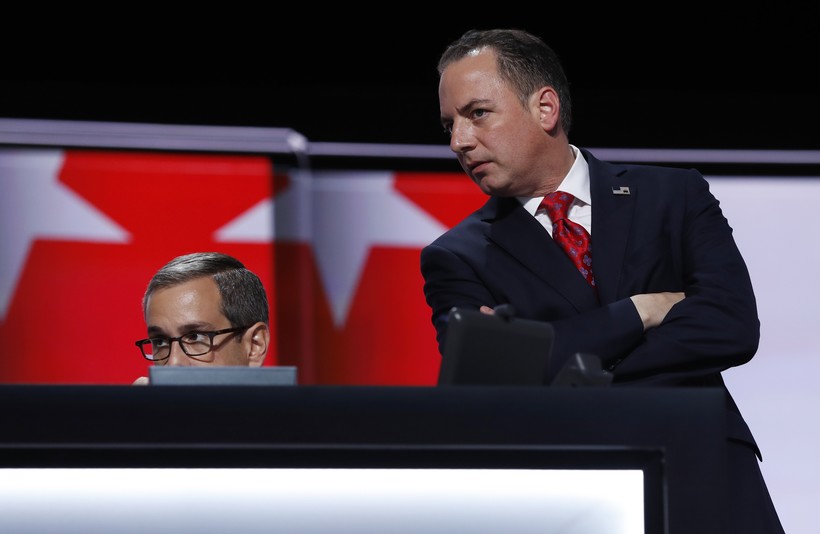 Priebus on stage at the RNC in Cleveland.

Priebus: Trump's Task In RNC Speech Is To Look Presidential

"Tonight's going to be a big night. Donald Trump on the stage; message drafted; delivering; looking presidential," Priebus said. "That's what pulled the carpet out from Jimmy Carter when people started to believe that Ronald Reagan could be in the White House and everything fell apart and Reagan went on to victory. This is the challenge that Donald Trump is taking on in the pivot to the general."

Priebus, who chaired Wisconsin's Republican Party before taking the helm at the RNC, has been instrumental to helping Trump organize this convention. He also helped Trump beat back a last-ditch effort to deny him the nomination.