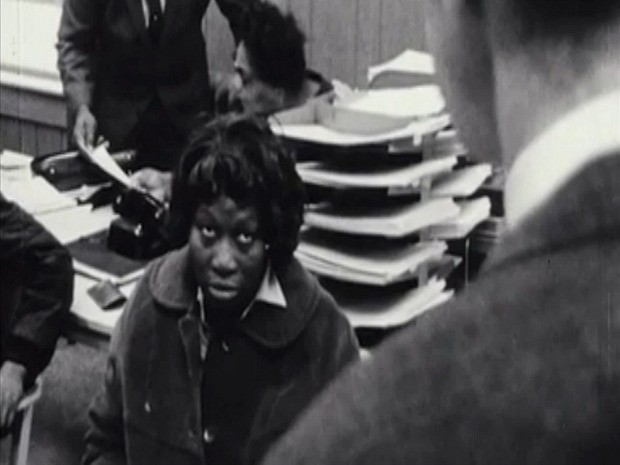 "I mean business today," a Milwaukee woman identified only as Mrs. Taylor tells an official in the Department of City Development. "I've been put off long enough."

The year is 1968, and Taylor, who is African-American, is trying to get the city of Milwaukee to finally deliver on its promise to provide her family with new public housing. Like many poor and black Milwaukeeans in the 1960s, Taylor was losing her home to a federally funded urban renewal project, in which both city and county razed neighborhoods for developments that include housing, freeways and government buildings.

City and county authorities didn't provide new housing as quickly as they acquired and tore down old residences, though. People like Taylor were caught in the middle, and she was determined to hold officials' feet to the fire.

"I intend to get in there on Friday. I'm going to have everything packed up and everything," she tells an unidentified official.

She spoke in one of several tense scenes in the 1968 documentary "Pretty Soon Runs Out," produced and directed by Fred Wardenburg in association with the University of Wisconsin-Extension, and maintained in the Wisconsin Public Television archives. The title references the desperation and anger that set in among affected Milwaukee residents as officials failed to deliver new housing by the promised dates and kept pushing back their timelines.

The city and county tore down 7,500 homes in Milwaukee's urban core between 1960 and 1968, the documentary reported, and most of the displaced people were low income African-American families with children. Some, like Taylor's family, succeeded in getting the city to provide them with new houses or apartments, but the documentary revealed that they really put pressure on the city and didn't just wait for officials to keep their promises.

The Sheridans were another family featured in the 1968 film, and their story is updated in the new WPT documentary "Too Many Candles: Milwaukee Gun Violence."

Kim and Nora Sheridan appear in "Pretty Soon Runs Out" as their father, Homer Sheridan, vents about the emotional impact of Milwaukee's housing policies.

"A man got eight kids and he makes pretty good money, and he can't get into decent housing because he's a negro or because you got too many kids? That just don't seem right," Homer Sheridan says in the 1968 documentary. He also points out that problems associated with substandard housing can drive people to drink, because when one comes home intoxicated, "the house look a little different."

Kim and Nora Sheridan never saw this footage until "Too Many Candles" producer Frederica Freyberg tracked them down to learn about their family's experiences over the last five decades. The Sheridans' story shows how poverty and other social ills are generational challenges among many black Milwaukeeans. After "Pretty Soon Runs Out" was released, Kim and Nora's parents abandoned them and their siblings. "There was a lot of truth to what my dad was saying, about he's working an honest-paying job, and he can't go out and find a decent home for his family, which is what caused men like that to become alcoholics or drug abusers or abandoning their family," Kim Sheridan says in "Too Many Candles." "And that is exactly what happened to our family."

The narrator of "Pretty Soon Runs Out" says some Milwaukee officials really wanted to help people displaced by urban renewal, but didn't have the resources to make much of a difference.The documentary's conclusions are tough on the city government as a whole.

In the parlance of 1968, the film's narrator sums up the situation this way: "To the negro who is looking for a home, the city is the man across the counter, who seldom has good news for him."

Near the end of "Pretty Soon Runs Out," a civil rights activist Milton Latson tells the filmmakers that he doesn't advocate violence, but that he felt displaced Milwaukeeans had all but exhausted peaceful means of solving their problems.

"I think Milwaukee is in more trouble than any city around this country, because it has a greater problem that it's not dealing with, but is ignoring it," Latson says. "The real advocates of violence are those that sit behind a desk and deny people their god-given right."