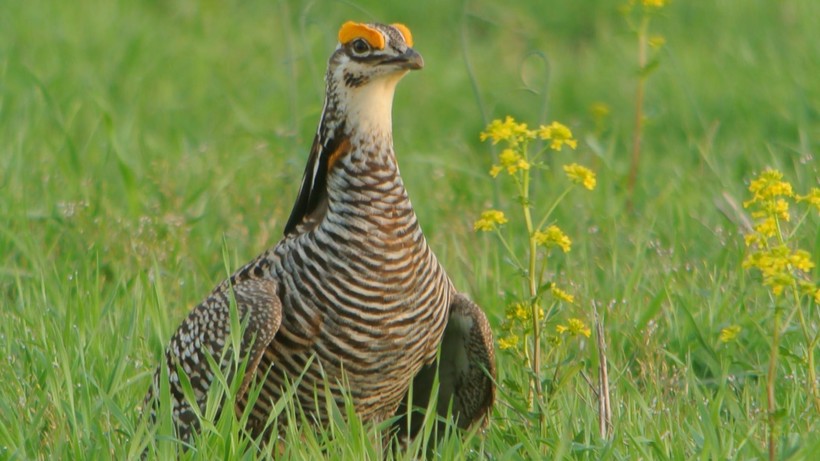 A first-of-its-kind attempt to save the Wisconsin prairie chicken from extinction has finished up with mixed results.

There are fewer than 1,000 prairie chickens in central Wisconsin and the population has become fragmented. That means inbreeding has become a problem. So, in 2006, researchers with the Department of Natural Resources (DNR) and University of Wisconsin (UW)-Milwaukee began a first-in-the-nation study aimed at beefing up genetic diversity with prairie chickens from Minnesota. More than 100 female birds were brought in with the hope that their genes would add to the gene pool. But DNR wildlife research scientist Scott Hull says the population didn't increase.

"We have some Minnesota genes in our Wisconsin population and the genetic diversity increased some. But...the population as a whole in Wisconsin hasn't changed."

Hull says they got good data from the study though - namely, researchers found that despite inbreeding the chickens' eggs were strong and the young had good survival rates. But that means there are other factors at play: "We did the translocation. It worked to some degree, it didn't work in other ways, and now we're moving on to the next step here."

Hull says now they'll be looking to see how habitat and predators are affecting Wisconsin's prairie chickens. But even though the genetic infusion didn't boost the population he says he's not disappointed: "I've been around long enough to know there's no silver bullet [or] easy fix for these sorts of issues. Conservation is hard and complicated."

Hull says the study cost around $250,000 with most of the money coming from UW-Milwaukee and UW-Madison.