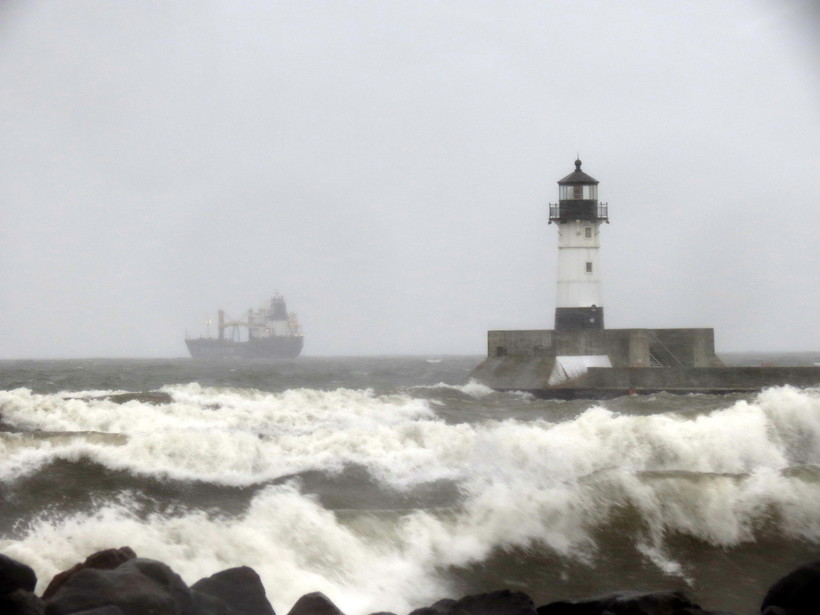 Duluth City Officials Will Begin To Assess Damage From Storm Tuesday
By The Associated Press
Share:

Twin Ports residents are clearing debris after a forceful storm knocked down trees and power lines and caused flooding near Lake Superior.

Duluth city officials say they will begin to assess damage from the storm Tuesday.

Yesterday's winds and waves were incredible! Check out this loop of the Duluth Canal webcam starting last night and ending early this morning. (Times on images are in UTC.) #MNwx pic.twitter.com/ZPf7YIpxa0

The city temporarily closed access to the Park Point neighborhood in Duluth Monday evening due to high water. Portions of Canal Park and Brighton Beach in Duluth were closed earlier.

About 9,000 Minnesota Power customers lost service at the height of the storm. Only a few dozen customers were still without power Tuesday morning.

Officials urged caution to motorists crossing the bridges between Duluth and Superior because of the strong wind and heavy rain.