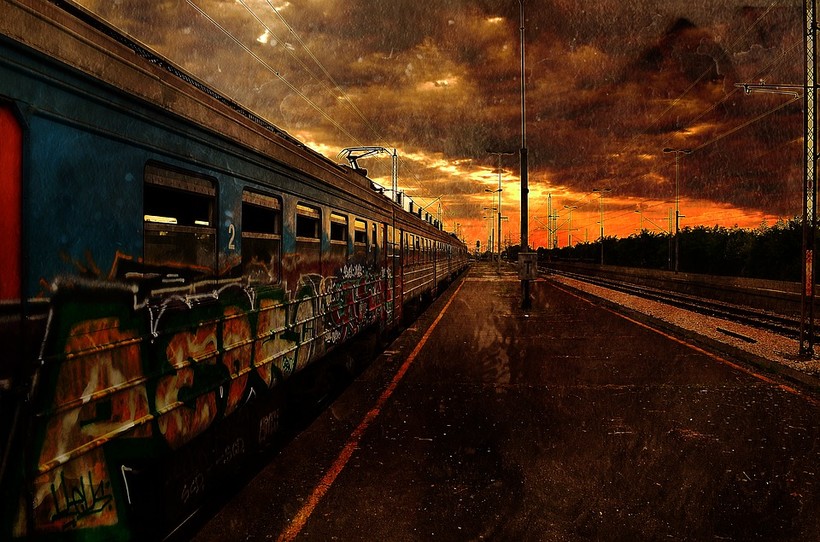 In A Post-Apocalyptic World, What Would You Try To Save?

Writer Says How People Answer That Question Can Reveal What People Deem Most Important
By Chris Malina
Share:

Answer this: If you survived the end of the world, what would you try to save?

These days, fictional works that take place amid the backdrop of the apocalypse seem to be everywhere in pop culture. Whether it's "The Walking Dead" or "Mad Max," stories that focus on how humanity perseveres — or doesn't — in the face of disaster have become all the rage.

For writer Sarah Goodyear, who has written about Hollywood's obsession with doomsday, the pleasure of these stories comes not from the apocalyptic event itself, but what comes next.

Many books and films have tried to answer those questions. But Goodyear’s recent apocalyptic obsession, a 2014 book called "Station Eleven" by Emily St. John Mandel, tackles those questions in a slightly different way. Like any good work of apocalyptic fiction, the book opens with 99 percent of the world’s population being wiped out. Familiar territory, sure, but here's the catch: In the ensuing years, a Shakespearean theater company emerges and travels the ravished land, performing plays and music for survivors.

"They are trying to preserve this cultural legacy and that's to me, very interesting," she said. "That the idea that what you would try and hold on to when everything else had collapsed would be something artistic rather than just, you know, how do we get food, that there’s something else important that needs to survive."

If it feels like apocalyptic or even dystopian stories are sort of played out at this point, well you wouldn't be alone in feeling that way. But Goodyear said that certain times in history tend to lend themselves to this kind of writing.

"I do think there are periods when people become particularity fixated on this idea and they often have to do with times of changes, anxiety," she said. "When people aren't certain of what the future is going to be, they tend to fixate on apocalyptic imagery or narrative."

Additionally, she said that when there’s an existential threat on the horizon, such as nuclear war or climate change, that also fuels apocalyptic thoughts and stories.

"It allows (humans) to put some of their anxiety somewhere, and also to imagine themselves in a heroic role, or to imagine how they might survive or protect their loved ones in that kind of a situation," she said.

And thinking about how we'd survive an apocalypse or what we’d try and save in its aftermath, is half the fun.

That said, there is a serious side, according to Goodyear. Thought experiments like these get us thinking about what we deem important in life.

"A lot of our daily troubles are so petty and superficial, and yet, we stress out a lot about them," she said. "I think that there's this idea that if we were in a survival situation, then we wouldn't be able to worry about our status updates or whatever it is that people worry about in their daily lives. Life would be more meaningful, and I think that’s another thing that people are excited about when it comes to an apocalypse."

Black Americans And The Racist Architecture Of Homeownership
Ramping Up Its COVID Response, EU Will Buy Up To 1.8B Doses Of Pfizer Vaccine
Duck Tales: Man Uses Naval Skills To Get 11 Ducklings Down 9 Stories
Opinion: As NPR Turns 50, Scott Simon's View From Behind The Microphone
David Swensen, The Greatest Investor You Maybe Never Heard Of, Leaves Powerful Legacy