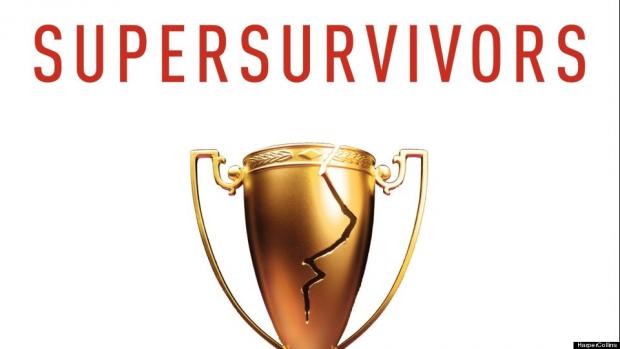 When bad things happen, people are often encouraged to think positively, be optimistic and look for good in the face of tragedy.

But psychologist David Feldman, co-author of a new book about success in the face of suffering, said people who had been through traumas -- loss of limb, cancer or other disasters -- weren’t motivated by silver linings.

“They told us that positive thinking was not very helpful,” Feldman said.

Ferman’s research looked at what he called “supersurvivors,” people who not only survived and grew in the wake of trauma, but also completely changed their lives. One example was British Navy sailor Alan Lock, who became legally blind as a result of macular degeneration, and went on to run marathons, row across the Atlantic Ocean and trek to the South Pole. Feldman said Lock had reported friends and family telling him to look on the bright side when he first lost his sight.

“(Lock) found this incredibly alienating,” Feldman said.  “A lot of people in that moment of trauma don’t feel very positive. To try to force them to think positive I think in some sense is to re-victimize them.”

“When you have just suffered a terrible trauma and you try to tell yourself, ‘Everything will be okay, look on the bright side,’ it just feels like you’re lying to yourself,” he said.

Instead, Feldman said the supersurvivors that he and co-author Lee Kravetz interviewed had a different approach, which Feldman called, "grounded hope."

“It’s a combination of a very realistic and brutally honest understanding of what’s happening to you in the moment … combined with a very brave and forward-pointing question, 'How can I build a better life on top of this?'" he said.

Feldman said this realistic approach allowed supersurvivors to find ways to move on much more than they might otherwise have done.

“These supersurvivors said that only by realizing what they could not change and accepting it, as painful as it is, could they really discern what could change,” he said.