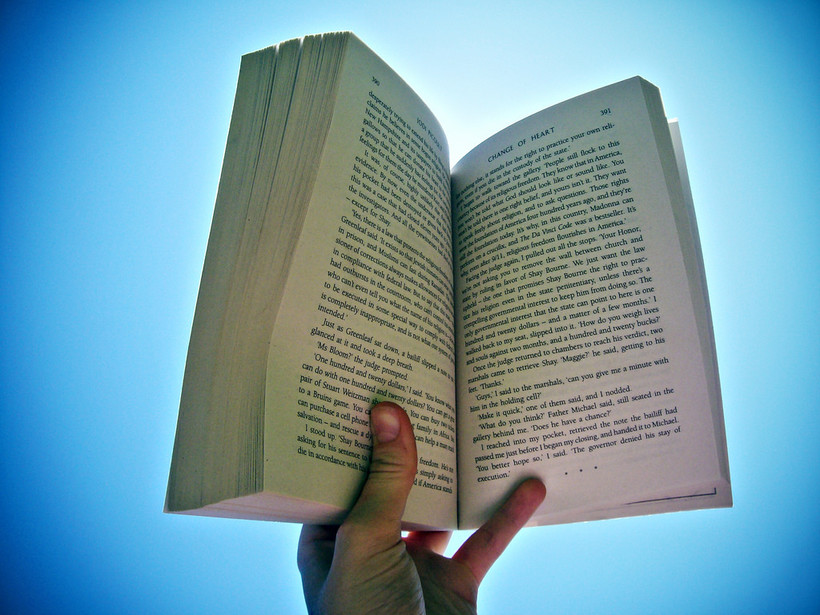 Popular Authors On Editor's 10 Best Reads For The Summer

As summer gets well underway, some readers might have the itch to catch up on a classic they've always wanted to read, while others are looking for something light and fluffy.

Elizabeth Khuri Chandler, co-founder and editor-in-chief of the website Goodreads, said during summer months she gravitates to genres she doesn't normally read, or books that give her insight into what's happening in the world.

"Summer season is special because so many people outside of Goodreads want to read in the summer; it's a great opportunity to catch up on reading," she said.

Khuri Chandler compiled a list of her 10 most anticipated summer reads: 1. "How to Change Your Mind: The New Science of Psychedelics" by Michael Pollan

The book explores how drugs are used to treat conditions such as depression, anxiety and addiction and how drugs are used by cancer patients to eliminate their fear of death. It also takes readers into an underground community of psychedelic therapists and Silicon Valley micro-dosers.

"It's an explosive exposé of a book," she said. 2. "A River in Darkness: One Man’s Escape from North Korea" by Masaji Ishikawa (translated by Risa Kobayashi and Martin Brown)

A nonfiction memoir, this book reveals Masaji Ishikawa's inside look into North Korea. Born to a Japanese mother and Korean father, Ishikawa was ushered into North Korea at 13 years old, after his father was lured there with promises of good work, a good education and a higher status in society.

After arriving, the experience was much different and darker. Spending 36 years at the lowest social class, Ishikawa escaped and eventually repatriated to Japan.

"Our members say it reads like a dystopian novel," Khuri Chandler said. 3. "Barracoon: The Story of the Last "Black Cargo"" by Zora Neale Hurston

From American folklorist and author Zora Neale Hurston, who wrote, "Their Eyes Were Watching God," this never before published work features an interview Hurston had in 1927 with Cudjo Lewis, the first known survivor of the Atlantic slave trade.

According to Goodreads, Hurston went to Plateau, Alabama, to interview Lewis when he was 95 years old.

Of the millions of people that were taken from Africa and shipped to America, Cudjo was the only person alive at the time to tell a first-hand account of the slave trade.

4. "My Year of Rest and Relaxation" by Ottessa Moshfegh

A life that in appearance seems perfect, the narrator of Ottessa Moshfegh's novel depicts the medicine-assisted hibernation that the narrator seeps into as an escape from the real world. 5. "The Death of Mrs Westaway" by Ruth Ware

From an author who writes about women in the wrong place at the wrong time, this book is the first of Ruth Ware's to feature a woman who seeks out trouble, Khuri Chandler said.

A career manipulator operating as a tarot card reader, the main character receives a letter saying she has been left an inheritance as a supposed relative to the bequeather. While she knows full well she's not related to this person, she goes to a large, gothic house and continues manipulation tactics to try and get the money.

"The author said she loves anti-heroes ... and did this book as an homage to many mystery writers who she adores," Khuri Chandler said. 6. "Children of Blood and Bone" by Tomi Adeyemi

This young adult fantasy novel is Nigerian-American writer Tomi Adeyemi's debut novel. The book tells the story of Zélie, and her quest to bring magic back to her people.

Zélie was born with magical powers as part of the maji people. But most of the maji were killed or subjugated by order of the King of Orïsha.

Zélie partners with one of the king's children, Amari, who fled from the palace to restore magic with the help of a scroll.

But Inan, the brother of Amari is set on derailing their mission. 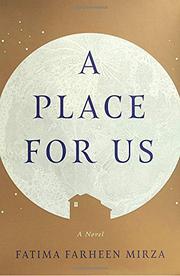 7. "A Place for Us" by Fatima Farheen Mirza

An Indian-American Muslim family's past is unraveled in this book about parents' desire to pass on traditions and their children's not-so-subtle attempts to forge their own paths, but still leave some space for their family's culture.

According to Goodreads, Fatima Farheen Mirza's novel is a book for our times.

It's "a moving portrait of what it means to be an American family today, a novel of love, identity and belonging that eloquently examines what it means to be both American and Muslim-and announces Fatima Farheen Mirza as a major new literary talent," the website reads. 8. "The Map of Salt and Stars" by Jennifer Zeynab Joukhadar

A 12-year-old girl and her family heads back to Syria from New York City after the girl's father dies. But violence erupts, and the family soon becomes refugees.

As this story unfolds, another one unfolds of a 12th century mapmaker and his apprentice from north Africa, who trace the same geographical path as the family who is fleeing Syria.

"The author wanted to explore the stories we tell ourselves when we're in pain and see if our stories can help us heal," Khuri Chandler said. "It's a really special book." 9. "My Dear Hamilton" by Stephanie Dray and Laura Kamoie

As "Hamilton" the musical continues to dominate the stage, fans of the Founding Father can get more through this story of the imperfect union of Alexander Hamilton and Elizabeth Schuyler Hamilton.

According to Goodreads, Dray and Kamoie used thousands of letters and original sources to tell Schuyler's story like never before. With romance ignited between Martha Gellhorn and Ernest Hemingway, their paths eventually become unequally yoked as Hemingway publishes a literary bombshell, leaving his beloved to question their relationship.

Martha has to choose between a life in his shadow or take the road to independence by sacrificing her relationship with him.