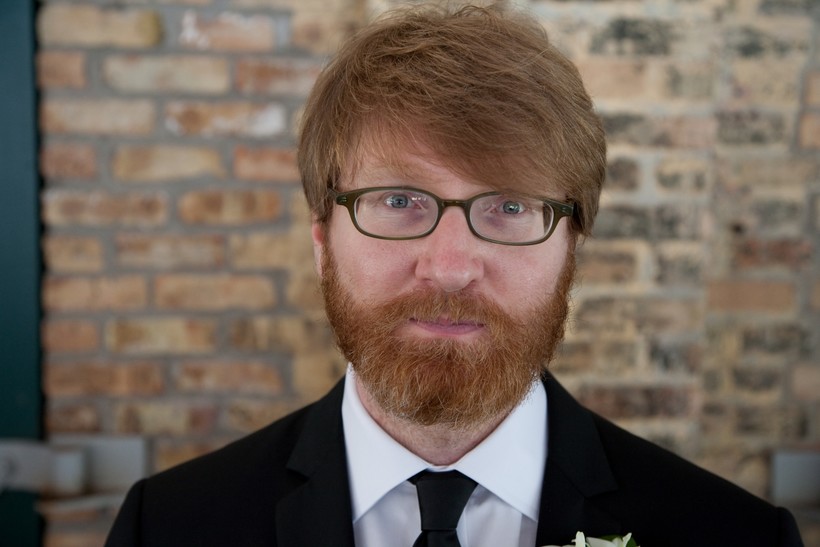 Chuck Klosterman is the pop culture critic known for best-selling books like "Sex, Drugs, and Cocoa Puffs" and his award-winning memoir about growing up in North Dakota, "Fargo Rock City."

His latest book is called, "Raised in Captivity: Fictional Nonfiction."

"Fictional nonfiction is fiction," Klosterman told WPR's "BETA." "It almost seems consciously confusing and it probably is. But if you think about it, if you turned it around and it was called nonfictional fiction, it would still be fiction.

"Typically, in these situations, they just put 'stories' at the bottom of the book. And I was like, 'I don’t want to do that.' So I sort of came up with this inside joke to myself which, of course, is a questionable move to make. I’ll say this though. There is one aspect of it, I suppose, that might be reflective of something that has meaning. This is not a criticism of other fiction writers but I typically don’t like the way fiction is written. I tend to read almost exclusively nonfiction, partially for the practicality of it."

"I think the bigger thing is nonfiction is written in this straightforward way where the principal goal is to communicate ideas. And very often in fiction, particularly modern literary fiction, the emphasis is on the structure of the prose and sort of the experience that’s supposed to be edifying is the unpacking of that. This is written like nonfiction. So these are untrue stories but I wrote them the exact same way I would have written stories if I had been told about a real event."

Klosterman explained that in a creative writing workshop, you would be told to start with the character, then move to plot mechanics, and from that comes the idea.

"I kind of work in reverse. I start with the idea, the characters are character types. Their job is to sort of exist within this created reality, the plot is less important than the concept."

Many of the 34 stories in "Raised in Captivity" read like a combination of episodes of "The Twilight Zone" and thought experiments.

Was that what he was aiming for?

"That’s definitely where I ended up. If someone asked me, 'What are these stories like?' I think comparing it to 'The Twilight Zone' or 'Black Mirror' would be the most sensible thing," he said. "Was I going for it? I’m not sure because I didn’t have total clarity of like how it was supposed to be as a whole when I started. But, you know, much like 'The Twilight Zone,' where you watch an episode and if we were talking about the original 'Twilight Zone,' for example, we’d remember, 'Oh, you know, William Shatner was in this episode or Burgess Meredith.'

"Or we might remember certain stories but what we’d really be talking about is kind of the world that was built for every episode, the idea that like it’s set in reality with one thing different," he said. "Or the idea of time has shifted or something like that. That is what these stories are like to me."

Klosterman has wanted to write this kind of book for probably five years.

"Any time I had a strange premise or an interesting bit of dialogue I thought or overheard or whatever, the idea of a certain kind of character. I would put it into the 'Notes' app of my phone. So I had hundreds and hundreds of these," he said.

After compiling all of these various notes, Klosterman arrived at what seemed at the time like a brilliant decision. He would write 100 stories, each of which would be exactly 1,000 words long. So with this idea in mind, he wrote a few 1,000-word stories. But then he started to realize a few things. 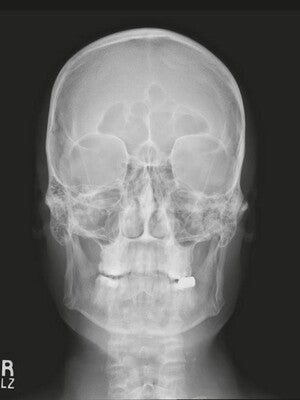 "The first thing I realized is all the stories were either being stretched up to 1,000 or cut down to 1,000. So every story was at an unnatural length," he said. "Then it occurred to me that this book would also be edited and copy-edited. So I’d have to go back in and add words or subtract words once again to get it back to this mystical 1,000-word length. And then I just finally realized, 'This is stupid. Who’s going to care? Like no one reads a book because the stories are the same length!' It’s like I don’t even know why I thought that was so interesting."

Klosterman also took a suitably unusual approach to the "About the Author" photo on the dust jacket.

Instead of the standard head-and-shoulders shot, he went to the Center for Medical Imaging in Hillsboro, Oregon to have an X-ray taken of his head.

The "BETA" team's theory was he did this because he wanted to convey the idea that he is giving the reader exclusive, inside access to the way that his mind works without having to deal with any pesky paywalls. This photo would give the reader a literal idea of what being Chuck Klosterman is actually like.

"Maybe that’s 1 percent of it," he said. "Maybe 4 percent of it is that the title 'Raised in Captivity,' I’m really talking about my brain, which I feel was raised in captivity. I don’t feel like I necessarily have agency over how I think and feel. I don’t think anyone does," Klosterman said. "I think that in a mediated culture like we have, it’s very difficult to know how you think or feel about anything. Ninety-five percent of it though was that we had the cover art for the book and the back cover, which were both these kind of illustrations of skeletons.

"And I thought, 'Well, what if my author photo was my actual skull?' And I’ve got to say it is more complicated to get an X-ray of your skull for no reason than you might think. You’ve got to go to your doctor, explain that you want this, she has to recommend you to like the imaging center," he continued. "They had a lot of questions when I showed up like because they kept saying, 'It’s well, like, there’s nothing on here about what we’re looking for. And, in fact, it seems to suggest that you can tell us what you want to have X-rayed' ... This had never happened to them before that someone came in for just an X-ray for aesthetics."

The title story of "Raised in Captivity" is about a man flying first class who discovers that there is a puma in the lavatory.

"So he goes back and he talks to the rich guy sitting next to him. And to me, it’s sort of about the confusion over class when you move from one class to another. So often when people talk about socioeconomics and class, we operate almost as if a person exists in one tier of society and that is who they are forever," he said. "But people are always shifting this. You know, I was born probably technically, I guess, lower class. I lived a big part of my life middle class. Now I’m sure, according to the IRS or whatever, I’m kind of living in the upper class or whatever. So I do feel like I have a sense of how the economics of your reality do shape who you are and that’s kind of what the story is about. Now to the person who reads it, it’ll be like, 'This is just weird.' But, hopefully, it’s weird in a way that’s entertaining."

"Raised in Captivity" is the first book Klosterman has written since he moved to Portland, Oregon. This raises the question of whether there was something about moving from New York to the Pacific Northwest that played a part in him writing such a different kind of book.

"When I lived in New York, I was probably over-stimulated. You can’t really live in New York and not constantly be encountering different people, different ideas," he said. "You know, the world is almost changing in front of you and with you. But now, there are many days where the only people I talk to are my wife, my kids and maybe my kids’ teacher or maybe somebody who works at a diner or something. I’m much more inside my mind. There’s more time where I’m by myself. It’s odd because I’ve written a bunch of memoirs. But this feels like the most personal book I’ve done because I really feel like it’s about my interior life, where so many of the other books I wrote were about my exterior life."