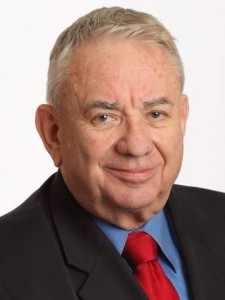 Marquette University's poll interviewed 576 likely Wisconsin voters late last week after Thompson won the GOP Senate primary. The poll shows Thompson improving on the five-point lead he had over Baldwin in early August, with Thompson now ahead 50 to 41.

Professor Charles Franklin led the polling team. He said, "We're seeing very strong levels of partisan voting there. The Republican party is very unified behind Thompson despite the hard fought primary. So, that's a competitive race, but certainly one in which Thompson comes out of the primary with an advantage.'

Franklin believes there is still time for Thompson to lose some support, and for Baldwin to make gains, as voters start to focus on the actual Baldwin-Thompson match up, instead of a Republican primary. Franklin says both Baldwin and Thompson have about as many people who view them favorably, as unfavorably. "So there's a enough of a balance between unfavorable and favorable views there that I think the campaign could yet make a difference in the balance of opinion about either of these two candidates as we go forward."

Franklin says it also remains to be seen how well Baldwin does at winning over voters outside her political base of Madison. The Marquette poll has a margin of error of about four percentage points.