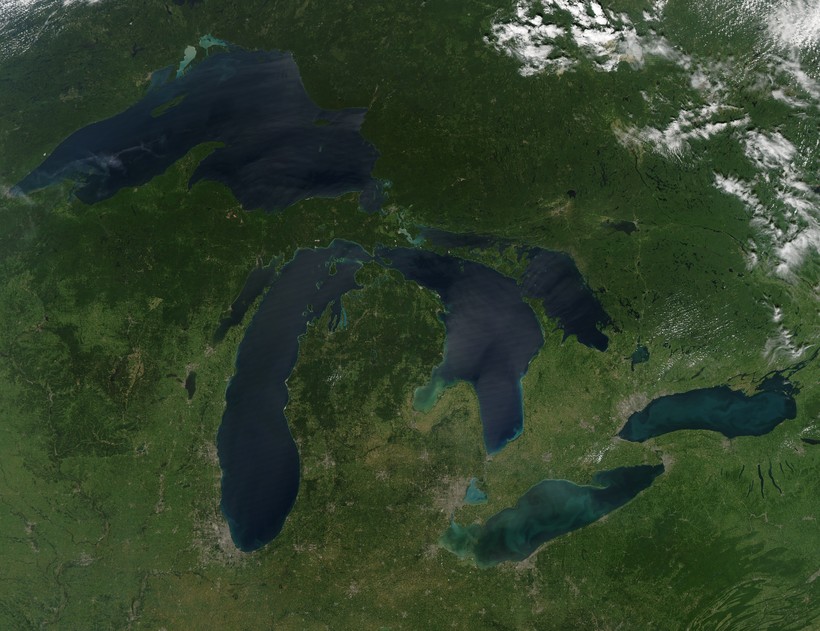 A binational poll of people in the Great Lakes region found the vast majority want to protect its waters, and they're willing to pay for improved water quality as they report growing concern for the lakes.

Canadian polling company Oraclepoll Research conducted a telephone survey for the International Joint Commission, which serves as an independent advisor to the United States and Canadian governments on Great Lakes issues. The commission conducted two similar polls in 2015 and 2018.

The poll randomly surveyed around 4,500 residents in eight Great Lakes states and the Canadian province of Ontario that included around 500 Indigenous residents.

The results showed 90 percent feel it’s important to protect the Great Lakes. Seventy percent are concerned about the lakes as a whole — a 17 percent jump since the commission’s 2015 poll. More than half of those surveyed, 56 percent, were willing to pay $5 or more on their water bill to benefit the lakes.

"That result, in itself, is a clear indication that the improved water quality of the Great Lakes is of material value," said Jon Allan, U.S. co-chair of the commission's Great Lakes Water Quality Board.

Around 41 percent of residents identify pollution from farms, industry, communities and other sources as the most significant problem facing the lakes. Nearly one in five surveyed view invasive species as the biggest issue in their nearest lake. The Great Lakes have faced threats from invaders like Asian carp and zebra mussels that place the region’s $7 billion fishing industry at risk.

Around 36 percent feel the water in the lake closest to them was unsafe to drink. Around 40 million people get their drinking water from the Great Lakes.

Almost 40 percent of those surveyed feel it isn’t safe to eat fish, while 40 percent feel it is safe to swim in their favorite lake. People living near Lakes Superior and Huron feel the safest swimming, eating fish or drinking water from those lakes.

"Individuals acknowledged their role as part of everyone's job to protecting the lakes, but they also recognize that there are limits to what individual actions alone can accomplish," said Allan. "More and more look to federal governments to help meet their public trust responsibilities to protect the lakes health and water quality."

In the U.S., the $1 trillion bipartisan infrastructure bill signed into law last month by President Joe Biden includes $1 billion for the Great Lakes Restoration Initiative, a federal Great Lakes cleanup program. Since 2010, more than 6,000 projects have been funded with nearly $4 billion awarded under the program. Wisconsin has received around $405 million for more than 500 projects that seek to clean up and restore areas along the Great Lakes.

Despite federal investment in the last decade, nearly 60 percent of residents feel there aren’t enough policies and regulations to protect the Great Lakes. Almost 80 percent feel the regional economy will suffer if the conditions of the lakes deteriorate.

"A majority of First Nation, Metis and Tribal Nation citizens said they are concerned about some species of cultural importance because of threats to Great Lakes health and water quality," said Kelsey Leonard, a water scientist and enrolled citizen of the Shinnecock Nation serving on the board.

Around 80 percent feel steps should be taken now to protect the lakes, compared to 95 percent of Indigenous residents. Roughly half of those surveyed also say they’re willing to pay more for consumer products as part of enforcing regulations to protect the lakes. Most people surveyed make more than $50,000 each year, according to the poll’s demographics.