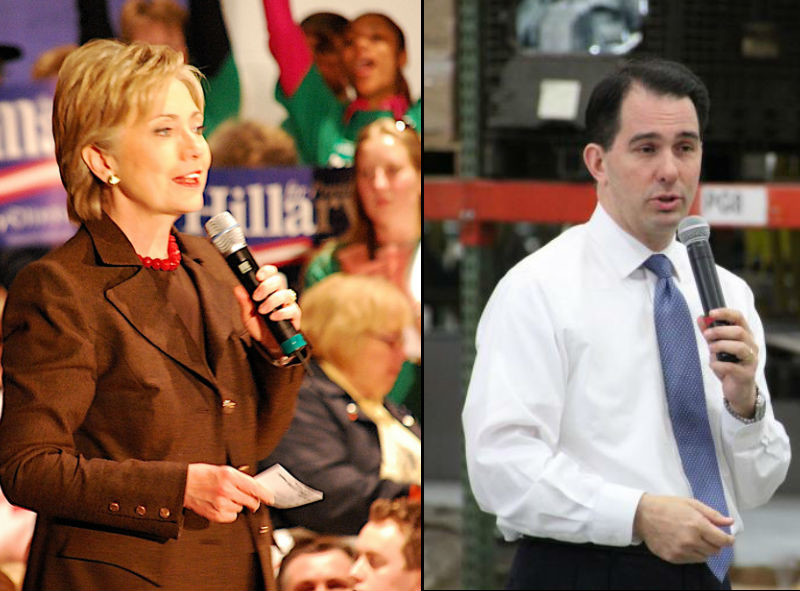 Former U.S. Secretary of State Hillary Clinton would have a slight edge on Gov. Scott Walker if the two met in 2016 presidential election, but her lead is within the poll's margin of error, according to the latest Wisconsin Survey.

Most respondents to the statewide survey say they would oppose Republican Walker running for president, but if he did and if he faced Democratic contender Clinton, she could beat him by a hair.

David Littig, an emeritus political scientist at the University of Wisconsin-Green Bay, said that the results show divided opinions among survey respondents.

"It's close. He only gets 42 percent support and Hillary Clinton gets 44 (percent)," Littig said. "And then, when they probe a little bit more, 'What type of president do you think he'd be?' Forty-four percent (of respondents) say, 'poor.'" The poll's margin of error is plus or minus 4 percent.

Most Republican respondents said that Walker's biggest strength as a hypothetical president candidate would be his "budget and tax policies."

The Wisconsin Survey didn't include other potential Republican candidates.

While Walker hasn't formally announced his candidacy, Clinton unveiled her second run for the White House earlier this month.