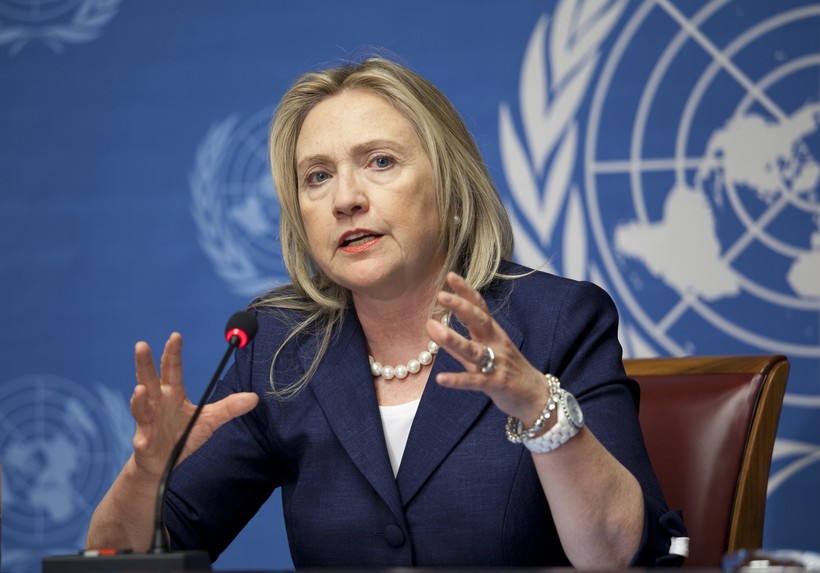 A political scientist says the controversy surrounding how both leading presidential candidates managed their respective charitable foundations will most likely be more damaging to Hillary Clinton because it speaks to the Democratic nominee's biggest weakness — trust.

Lilly Goren, professor of political science at Carroll University, said Clinton's biggest liability heading into the election is that many voters don't trust her. The mistrust has become her Achilles' heel and has built after years spent in the public eye and many high-profile controversies she's faced with her husband, former president Bill Clinton.

Every moment on the campaign trail — tarmac visits, meetings with international dignitaries, her bout with pneumonia — becomes shadowed by questions from the public and media wondering if she's obfuscating the truth and not being completely transparent.

"In the case of Hillary Clinton, there's this question of whether she's trustworthy. And so the whole sort of swirl of investigation into the Clinton Foundation sort of leans into the narrative," Goren said.

Trust is clearly a hurdle for the Clinton campaign. A NBC-Wall Street Journal poll in June found 69 percent of respondents labeled Clinton untrustworthy. A CBS News poll in the same month found 62 percent of those surveyed said Clinton is not honest and trustworthy.

Goren said investigations into the Donald J. Trump Foundation found more egregious incidents of mismanagement, even illegal activity, particularly a case involving a fundraiser for the Florida attorney general who decided not to investigate fraud allegations against Trump University.

However, Goren said the backlash will likely hit Republican nominee Donald Trump with far less force because voters are primarily concerned with his ability to serve as president, not his trustworthiness.