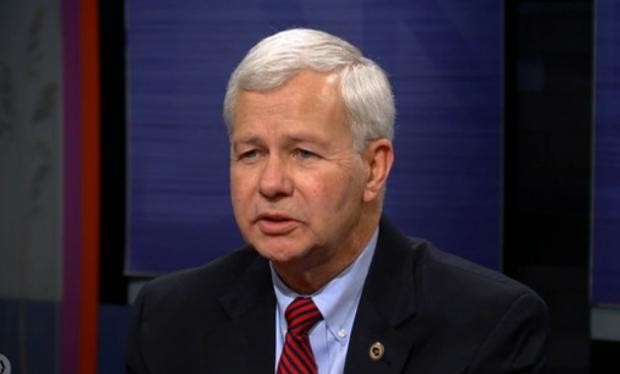 Reed Hall has served as the CEO of WEDC for three years. Courtesy of Wisconsin Public Television

Job-Creation Agency Continues To Come Under Fire As CEO Prepares To Step Down
By Judith Siers-Poisson
Share:

As Reed Hall, the head of the Wisconsin Economic Development Corporation, prepares to step down from his role, political observers agree that his beleaguered agency's performance has been profoundly disappointing.

WEDC has been criticized for a lack of oversight of loans given to companies in the state, and lawmakers have decried a lack of transparency and accountability that continues through today.

Michelle Litjens, a former Republican state representative from Oshkosh and a small-business owner, said that WEDC was meant to be a solution to the tension between the Department of Commerce’s role as a regulator and the need for a state agency to promote job growth. She said that there is no doubt that the agency has not yet lived up to the intentions of its charter.

"We need a more efficient and effective agency that does what they were designed to do. So hopefully the next person who is tapped to run that agency is able to straighten it up and make sure that it does what it was intended to do," Litjens said.

Tony Palmeri, a professor of communications at University of Wisconsin-Oshkosh, had an even harsher take.

"This was supposed to be the flagship organization to create the 250,000 jobs … and there’s been just these scathing Legislative Audit Bureau reports showing no accountability with taxpayer money," Palmeri said.

Given the issues with WEDC, the Wisconsin Legislature tried to gain more oversight of the agency, but Gov. Scott Walker vetoed that provision. A former state legislator herself, Litjens said that she agrees with lawmakers having more say, but that the newness of WEDC complicated that.

Palmeri, for his part, thinks that WEDC is beyond repair.

"The Commerce Department of course had issues, but compared to what’s going on with the WEDC, it’s not even close. And I would argue that the WEDC needs to be completely dismantled and that we probably need to go back to a Department of Commerce, where there can be some stronger accountability to manage the taxpayer dollars," Palmeri said.

Litjens and Palmeri do agree on qualifications that a new WEDC head should possess. Both feel that private-sector experience is crucial. Palmeri also said that he thinks that someone from outside the state without existing political ties would be the best candidate in the current situation.