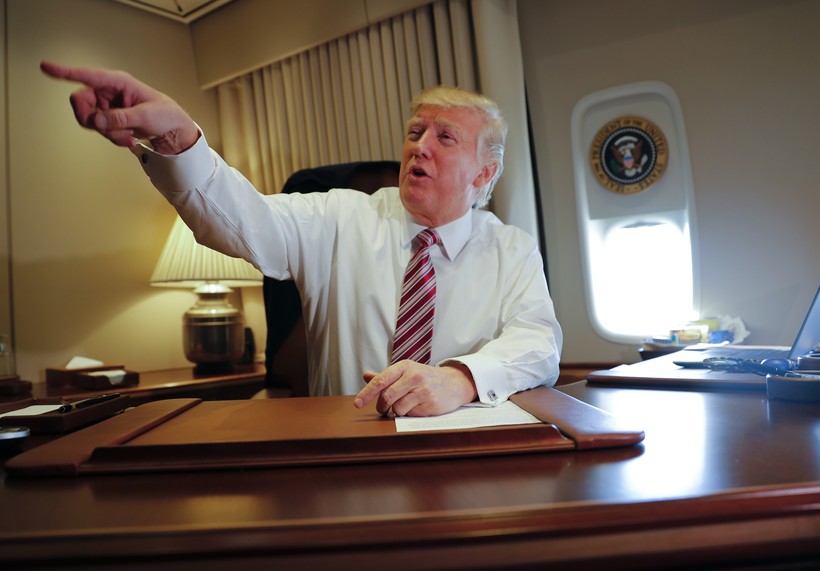 Policy Analyst Not Surprised By Trump's Comments Towards Seattle Judge

Heather McGhee: It's Not The First Time Trump Has Criticized A Judge
By Scottie Lee Meyers
Share:

Heather McGhee, president of Demos, a left-leaning public policy organization, said Americans shouldn't be surprised by neither President Donald Trump's executive order on immigration nor his lashing out against the federal judge in Seattle who reversed it.

On Friday, James Robart of Federal District Court in Seattle – who was appointed by President George W. Bush and, according to The New York Times, has been described by colleagues as a "mainstream" Republican – blocked the Trump administration's ban on immigration from seven predominantly Muslim countries.

Trump took to Twitter on Saturday to knock Robart, calling him a "so-called judge" whose ruling was "ridiculous."

Lawmakers from both sides of the aisle, including Senate Majority Leader Mitch McConnell, criticized Trump for the disparaging comments.

But we've seen this behavior before, said McGhee. During the presidential campaign, then-candidate Trump said the judge presiding over the fraud case involving Trump University could not be impartial due to his Mexican heritage, comments that House Speaker Paul Ryan called "textbook racism."

"This actually is part of a systematic approach to undermining the legitimacy of any institution of our great nation that does not agree with Donald Trump," McGhee said. "It is law and order by the rule of Donald Trump, and that should terrify every American of every ideological stripe."

The Trump administration has continually stated the travel ban protects American lives and will ultimately prevail in the courts. The Washington Post reports that a federal appeals court will hear arguments on Trump's immigration order Tuesday. Whatever that outcome may be, many are expecting a showdown at the U.S. Supreme Court.

McGhee said presidents do have executive authority in immigration, as demonstrated by President Barack Obama, who ordered the Deferred Action for Childhood Arrivals plan, commonly referred to as DACA. But there's no comparison between the two orders, she added.

"What (the president) doesn't have the authority to do is violate the Constitution, to discriminate and create a religious test, as it appears that (Trump) has done, and also to unilaterally avoid a refugee program that has many different international and national commitments for the country," McGhee said.

It's hard to imagine, said McGhee, that the country with the Statue of Liberty would be the same country that would bar refugees from America's shores, and that one man and a select few of advisers could carry out the order.

"It smacks of deeply un-American at its core," she said.