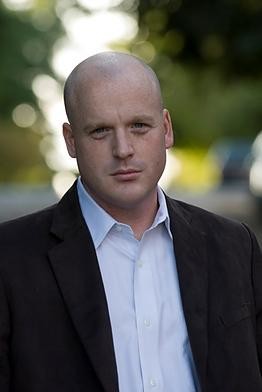 Police Use of Military-Style Tactics Can Be Recipe For Trouble, Journalist Says

Many police departments around the nation have turned toward military-style weapons and tactics like nighttime raids, but this can be a recipe for tragedy, according to a journalist and author.

Radley Balko, author of “Rise of the Warrior Cop: The Militarization of America’s Police Forces,” said more and more law enforcement agencies have Special Weapons and Tactics units, better known as SWAT teams.   Given the money put into creating and maintaining these units, he said there’s an incentive to use them, sometimes in inappropriate situations.

He said where SWAT teams were originally intended for violent situations, such as bank robberies, active shooters, and hostage taking. However, there’s been a long-term mission creep, especially in anti-drug efforts.

“The problem with the overwhelming use of SWAT teams today is they’re used to serve these drug warrants, and here, they’re creating violence and confrontation where there was none before," he said.

Balko said nighttime raids escalate the potential for violence, because a subject of the raid might not know whether the people entering their house are police or criminals.

“When you break into  a house in the middle of the night, you elicit a very primal response in people, whether it is the drug dealer you’re after, or you get the wrong house and it’s an innocent family, you invite confrontation," he said.

Balko said he hopes policy makers and policy officials will change policy regarding night time raids, but he thinks there will need to be a public outcry before that happens.

Mining company moves ahead with plans to drill in northern Wisconsin
Federal judge dismisses Wisconsin lawsuit that sought to block Biden's student debt cancellation
Wisconsin tribe seeks to protect a historic site where company plans to mine for gold
Where does the 'Driftless Area' get its name? The history, boundaries of the southwest Wisconsin region
Wisconsin dairy leaders call on US Senate to fix labor shortages by changing immigration policy