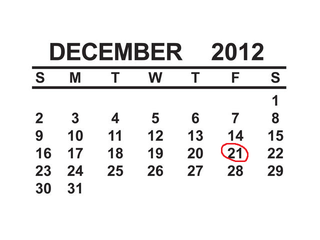 Law enforcement agencies are working closely with school districts to ensure a quick response to a crisis. But several events are feeding the school rumor mill this week.

Superior Police Chief Chuck LaGesse has stepped up police presence in and around schools, "There's rumors that on December 21 there'll be violence in the schools in part because of the Mayan calendar phenomenon and in part because it's the day before the holiday break and people are very, very aware of threats right now because of the shooting in Connecticut."

Although they're not getting threats in Ashland, Police Captain Jim Gregoire says they, too, are working closely with local schools, "The schools have reached out to us asking the officers to walk through just to greet and meet. The Catholic school actually asked for the police department to take tours of the school so that every officer is fully aware of every room and every closet in their building."

LaGesse says going over evacuation and response plans with schools has taken on a new urgency. As for police response, he says that has also evolved since the Columbine High School shootings in 1999, "The prevailing thought at the time was to establish a perimeter and establish an entry team and make a calculated entry. Training across the country has changed since that event. In response to an active shooter, it's first on-scene, first in."

LaGesse says even though rumors haven't had panned out, people should report any information to the school or police. "We want to hear of all of these so we can look into them."