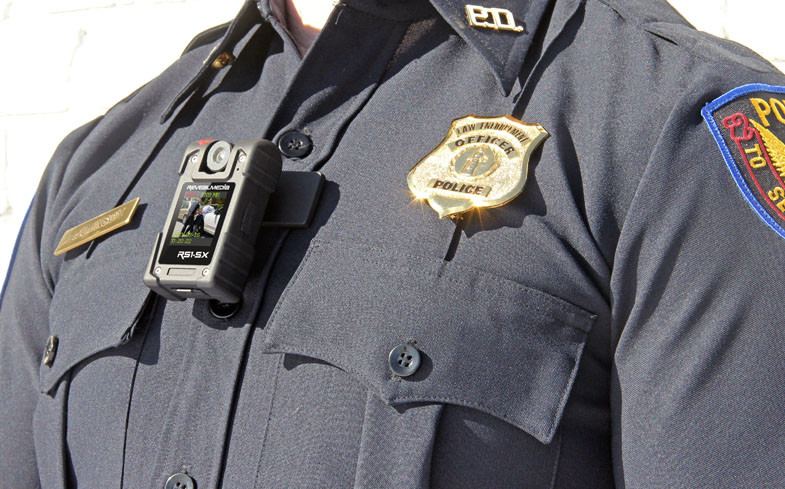 Milwaukee And Madison Are Among Several Departments Contemplating Use Of Devices
By Bill Martens
Share:

Get used to seeing police officers wearing body cameras, according to a University of Wisconsin criminal law and policy expert.

The number of departments using the cameras has been on the rise nationwide ever since Officer Darren Wilson fatally shot Michael Brown last year in Ferguson, Missouri — an event that put police-involved deaths and law enforcement practices into national focus.

Advocates say that by recording police-citizen interactions, body cameras can restore communities' trust of law enforcement and reduce use-of-force incidents — assertions supported by some limited empirical research. Some people have nevertheless raised objections to the devices, expressing concerns about privacy, the possibility of officers tampering with the video evidence, and the logistics of storing such large quantities of video data.

When asked if body camera usage is going to become the new normal for law enforcement, Donald Downs, a professor of political science, law and journalism at UW-Madison, answered Wednesday: "It probably will."

"Clearly, just in the last year, it has become more of a trend," he said. "You’re starting to see review boards starting to take into consideration when they look at police behavior, ‘Did you have a camera?’ And if you don’t have a camera, then that might lead to more presumption against what you did."

Police departments have begun to embrace the devices in the Midwest, to an extent. On Tuesday night, a Minneapolis police oversight panel unanimously approved a set of non-binding recommendations for camera use that will be considered by the department. In Wisconsin, Milwaukee Mayor Tom Barrett is proposing to spend nearly $1 million a year to equip all 1,200 street officers with cameras and store the video information, and the University of Wisconsin-Madison police have made plans to introduce cameras as well.

Not all communities are giving police body cameras the green light, however. An advisory ad hoc committee in Madison recently voted 4-2 against the devices, citing concerns about invasion of privacy and deliberate misuse of the equipment.

Downs said that police departments are crafting policies to deal with the risks of over-surveillance, such as only requiring that the cameras be used during law enforcement activities.

The key recommendations approved by the Minneapolis panel include making patrol officers activate their cameras during all service calls, law enforcement activities and noncriminal encounters with a citizen — provided they receive consent. Officers would also be prohibited in most cases from editing or watching body camera footage before writing incident reports.

The Big Question can be heard each Wednesday at 7 a.m. on the Ideas Network of Wisconsin Public Radio.