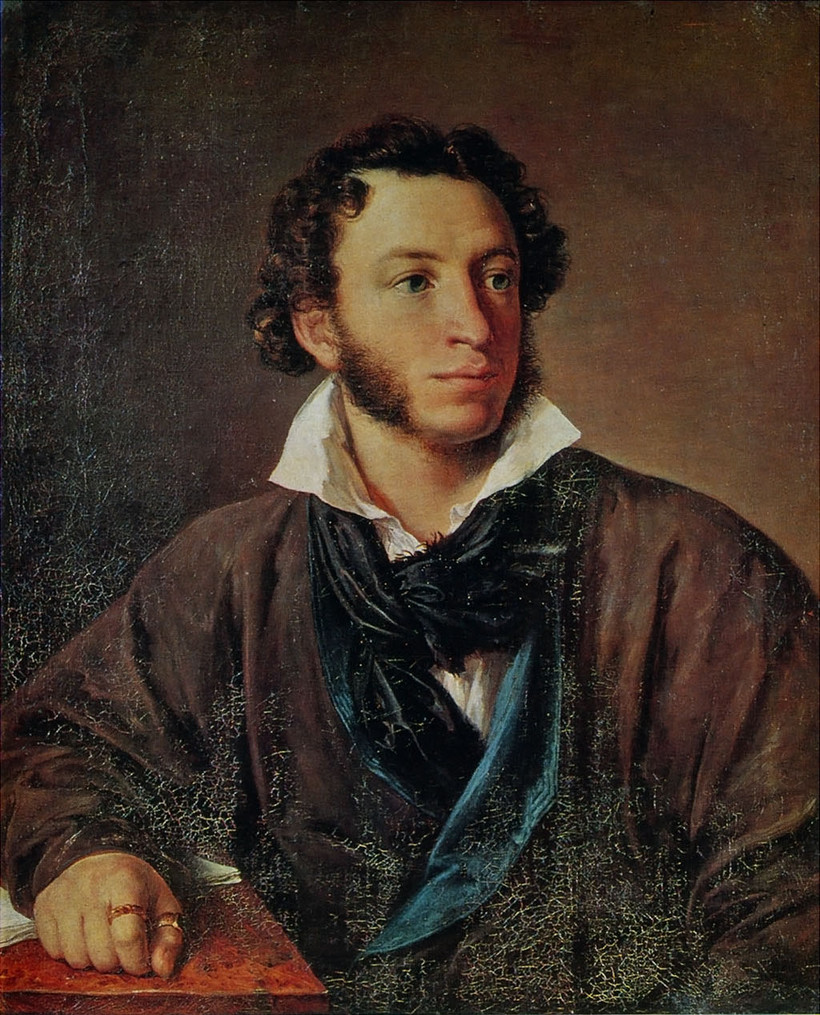 One of the most memorable scenes in Russian opera is in Tchaikovsky’s Eugene Onegin—the scene in which two friends engage in a fatal duel.  The opera was based on a narrative poem written in 1831 by Alexander Pushkin, who in many ways was predicting his own death.

Pushkin was a celebrated poet, and his wife Nathalie one of the most beautiful women in Russian society.  In the fall of 1836, a young Frenchman, Baron George d’Anthes, began a flirtation with Nathalie. Being a foreigner, he had no particular reverence for Russia’s great national poet. Nathalie by no means discouraged his attentions, and their relationship soon became common knowledge. The situation grew dangerous when a practical joker sent Pushkin a letter in French informing him of his unanimous election as Grand Master of the Most Serene Order of Cuckolds.

Wild with jealousy, Pushkin jumped to the conclusion that the Baron was behind the insult and sent him a note challenging him to a duel.  Then events took a strange twist.  The Baron wrote to Pushkin, declaring that his affections were not for Nathalie but for her sister Catherine.  The duel was averted and the Baron married Catherine, becoming Pushkin’s brother-in-law.  But it was not to be a happy family.  Soon the Baron and Nathalie resumed their relationship. Furious, Pushkin dashed off an accusing and insulting letter to the Baron’s father, and this time the Baron challenged Pushkin to a duel.

The encounter was set for 4 P.M. on February 10th, 1837.  [Pushkin and his second, a friend from school days, drove through St. Petersburg, greeting many unsuspecting friends on their way to the appointed place, the Black Brook. Pushkin and the Baron arrived at the same time.]  The poet grew impatient with the preliminaries, and finally the two walked through the snow, turned and aimed their pistols.  The Baron fired first and Pushkin fell, wounded in the abdomen.

Two days later Alexander Pushkin passed into history, best remembered for his poem Eugene Onegin, in which he had foreshadowed his own death in a duel.