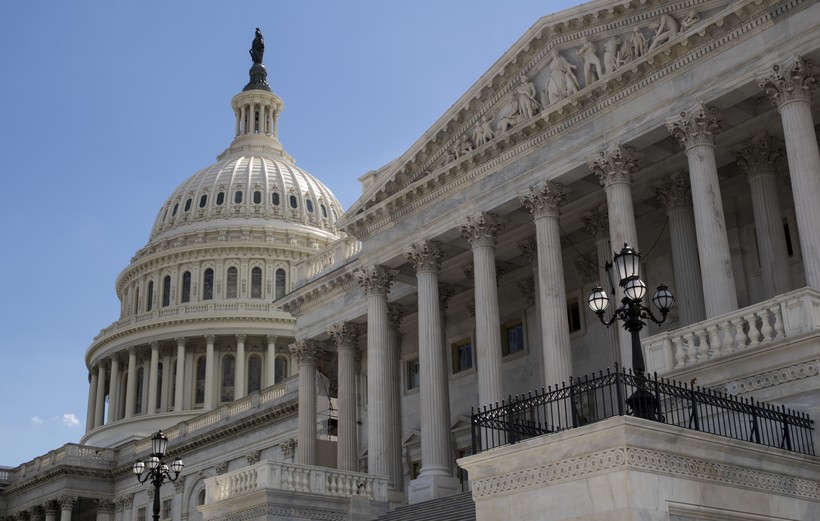 The Senate and Capitol Dome are seen on Capitol Hill in Washington, Monday, June 26, 2017, as Senate Majority Leader Mitch McConnell of Ky., faces challenges within the GOP this week in advancing the Republican health care bill. (AP Photo/J. Scott Applewhite)

The fight in Congress over plans to dismantle the Affordable Care Act is still underway on Capitol Hill. The U.S. Senate's "Better Care Reconciliation Act of 2017", introduced by Majority Leader Mitch McConnell, R-Kentucky, was panned by Democrats and currently doesn't have full Republican support.

The Senate bill right now includes tax cuts for businesses and higher-earning individuals, tightens funding for Medicaid and limit its expansion, scraps the individual mandate which requires everyone to become insured or face a penalty, and more.

Wisconsin Democratic U.S. Rep Mark Pocan has been a vocal opponent of the Senate health care bill, as well as the bill that Republicans in his chamber passed earlier this year.  He said that the Senate's bill is similar to the House's bill, known as the "American Health Care Act".

"I think the best analogy I can make, if you were in a river and you saw a giant pair of jaws coming at you, you wouldn't decide, 'Is that a crocodile or is that an alligator?'," he said. "Either way, it's going to get you."

Pocan points to analysis from the Congressional Budget Office which found that the Senate's bill would increase the number of people uninsured by 22 million in less than a decade. The CBO estimated that some 23 million Americans would be uninsured under the AHCA under the same time frame.

Pocan said Wisconsin could be hit by the Senate's bill particularly hard if it passes in its current state. Citing data from the Center for American Progress, some 394,100 Wisconsinites could become uninsured by 2026.

Recent polls show the Republican plan to repeal the ACA is not faring well with the public. According to the recent Marquette Law School Poll, only 27 percent of respondents in Wisconsin were in favor of a complete overhaul with 54 percent saying they'd prefer to see the ACA stay in place, but improved upon. And a national NPR-PBS NewsHour-Marist poll released this week found that only 17 percent of respondents were in favor of the Senate's health care bill.

"That's generally not a good turf to be in if you're a politician and trying to put a bill together," Pocan said. "I think we have to keep the pressure on so that people don't lose access to health insurance while (Republicans) are really trying to do tax reform. And that's exactly what the Senate and the House have been trying to do this year."

Many Republican lawmakers believe that the Affordable Care Act, in its current state, does more harm than good. They point to health care premiums increasing and insurance companies dropping out of the public exchanges. For example, insurance company Anthem announced last week that it plans on leaving the Wisconsin marketplace in 2018, citing too much volatility.

Pocan said while he understands those criticisms, he thinks the ACA has still done a lot of good for many Americans. And he agrees with Maine GOP U.S. Sen. Susan Collins that the ACA could still be improved.

Continuing, he said, "But on the actuarial side, some of the healthy people didn't sign up. There are some other issues that we need to address but that's all fixable. So, when you have people like a Republican senator saying, 'Let's go back and just fix the Affordable Care Act', I think that's the wise way to go."

As the debate over health care reform continues, some lawmakers, such as U.S. Rep John Conyers, D-Michigan, and U.S. Sen. Bernie Sanders, I-Vermont, have introduced pieces of legislation that would establish a single-payer option. Pocan admits that establishing a system akin to universal health care could be difficult given the current political climate in Congress. However, he said that whenever he meets with constituents and the topic of health care comes up, many people seem to be in favor of a single-payer option.

"I think what people are seeing rather than fighting over all of the problems we have with the current system, the best way to do this would be to do what Canada and so many countries in Europe do: Make health care a right and make sure that every one of your citizens has access to it," he said.

While McConnell had said last week that he would like the Senate to vote on the bill before the July 4 recess there currently isn't enough support to guarantee that it would pass. Wisconsin Republican U.S. Sen. Ron Johnson has said that he'd like more time to read the legislation and discuss the bill with constituents. The move was applauded by Pocan who said that more time will allow constituents to voice their own opinions of the bill.

Some Republican leaders including McConnell said later in the week that they're willing to remove tax cuts from the bill in order to secure a repeal of the Affordable Care Act.