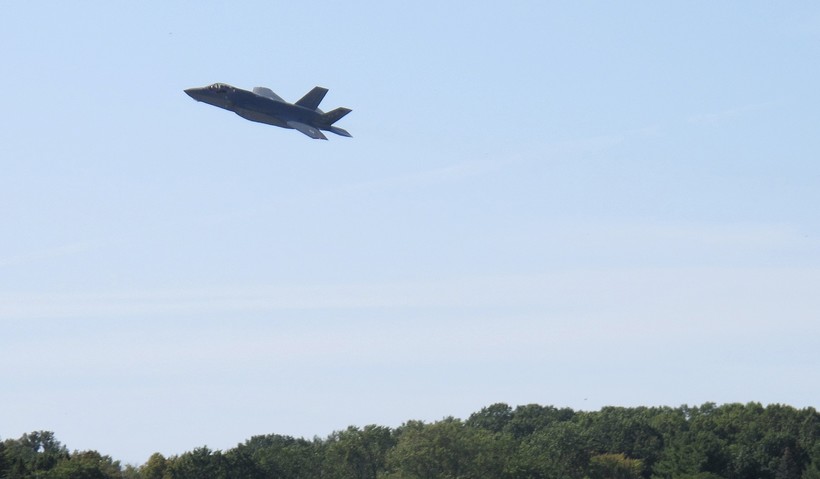 A proposal to bring 20 F-35 fighter jets to the Wisconsin National Guard Base at Truax Field in Madison has brought intense debate since it was first announced in December 2017.

It’s estimated that the new jets would bring new jobs to the area and between $90 and $120 million in new construction activity. But many residents living near the base have raised concerns that the noise of the jets will drop property values.

Judith Siers-Poisson: The current jets at Truax are F-16s, what kind of activities do they engage in there?

Mark Pocan: I think the real question at this point is, what's happening to that plane? It's a plane that's being phased out, which is why the F-35 is being considered at Truax to begin with. If you would lose the F-16s completely, the question would be, how long would you keep the 115th National Guard unit there, that's the real pivotal issue.

JSP: What's the process for where the F-35s will eventually be placed?

MP: It's one of these great long and convoluted government military processes that takes years. Through this process they've narrowed it down to five locations, of which they're going to pick two. And I think Wisconsin, based on scoring and whatever panels they had, is one of the top two.

The question we have right now is just, what does it mean to have an F-35 versus an F-16? And if you don't have an F-35, potentially what happens to the 115th that's currently there? That is a much, much, much, much bigger footprint than just a footprint for either the F-16 or the F-35.

JSP: For people who aren't familiar with Truax in Madison, can you describe what the location is like?

MP: It's really attached to the Dane County Airport. But the overall economic aspect of the 115th, what's currently there, I think it's something like $100 million to the local community, so it's a pretty significant footprint that exists in Dane County.

And for quite a while they've had F-16s, which when I've been to the airport, they're very loud, especially when you're right underneath them.

Around the airport in Dane County, while there are some areas that don't have housing, there's certainly other areas that do. And the flight patterns that come in covered more neighborhoods in Madison, especially on the north and east sides, so that more people will be affected by a plane than maybe in direct proximity of the airport itself.

JSP: What are you hearing from constituents about this proposed F-35 program?

MP: We're hearing a little bit of both. A lot of people are concerned about the economic impact if we would lose the current footprint, which is that $100 million base because of the 115th being there. But then there are other people, especially in the neighborhoods around it concerned about what this means to noise levels and frequency of flights, etc.

I think what got really confusing was when the environmental impact statement came out it was written by bureaucrats and it sounds very bureaucratic. So for example, one of the things they say is that 1,000 homes will be incompatible with residential use. That's not language people use. But we don't really know what that means and we're trying to get answers.

Also the number of flights seems to be a little more than I think they had originally said. What they did in many ways is I think provide more questions than answers, and that's why we've had already one public hearing for the community, there's gonna be another one coming up.

If we could have an F-35 fly, following an F-16 or vice versa there can be a comparison of what the actual sound differences would be for the community, and to me that would be the simplest and most fair way to actually assess this.

JSP: Supporters of this, including your Democratic colleague Sen. Tammy Baldwin, say that these F-35s could bring more jobs to the area and also make it more likely that the Air Force wouldn't shut down the Truax base. What's your response to that?

MP: The broader issue I think that most people are watching is the impact of having the 115th there. And if you didn't have a plane that they could use, would that still be there? My hope is that if we realize that for some reason F-35s won't be coming, we would still be able to keep the 115th. And looking forward without a crystal ball, yeah if there was a Democratic president and having a Democratic representative and a Democratic senator, hopefully we would be in a better position to find some other ways to keep it in our community. 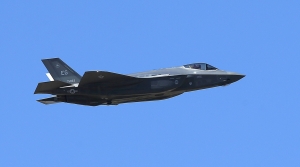 Democratic U.S. Rep. Mark Pocan is calling for more testing to be done of noise issues related to the proposed F-35A fighter jet program at Truax Field Air National Guard Base in Madison. We talk to him about why, and what he wants to see to feel comfortable with the program.