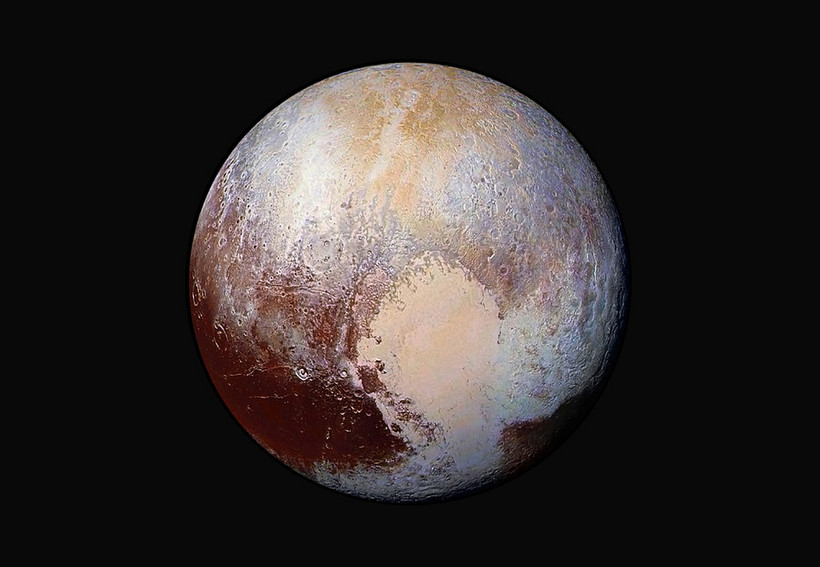 Just over one year ago, NASA’s New Horizons spacecraft completed a fly-by of Pluto, the dwarf planet on the edge of the solar system.

One of the scientists and leaders of the New Horizons team is coming to the University of Wisconsin-Superior on Thursday to speak at the 26th Annual Wisconsin Space Conference.

Alice Bowman is the missions operations manager for the New Horizons mission. While she’s worked in the field of space for over two decades, her passion for space exploration began at a young age while watching the space race on TV in the 1960s and seeing updates from the astronauts on the Gemini and Apollo Missions.

"As a kid, that’s what I wanted to do," she said. "That was exciting, that was something new, that was an adventure, that was just there for the taking basically, and I kept that interest as I went through my high school and college years."

Bowman's work with New Horizons began in the early 2000s after the project won approval and funding from NASA. Then it was time to put the proposal into action.

"We took four years to develop and build and test that spacecraft, and we launched Jan. 19, 2006," Bowman said.

Prior to the New Horizons mission, the best images of Pluto were taken by the Hubble Space Telescope. While those pictures were limited in their quality, Bowman said they were enough to pique the curiosity of NASA.

"It shows a very blotchy picture of Pluto, but it’s amazing what the scientists could glean from that," she said. "From those tantalizing pictures, scientists knew that it was going to be a very interesting system to visit."

Pluto certainly didn’t disappoint. With the pictures taken from New Horizons, Bowman noted that scientists have been able to observe ice, mountains, methane frost, icebergs and craters on Pluto. The dwarf planet also has an atmosphere.

"I mean, you name it, Pluto has it," Bowman said. "It’s an amazing world, and I think we were all so very much surprised at the diversity that we were seeing."

But the 3 billion-mile journey was no easy task. Among other things, cosmic radiation occasionally caused the computer code in the spacecraft’s systems to "bit flip," which would turn the zeros in binary code into ones and vice versa. Other software issues would crop up from time to time, but Bowman said those were relatively easy to fix.

"We can update software on our spacecraft," she said. "When we encounter problems that we can trace to a software problem, then we can uplink those ones and zeros to the computer memory onboard that spacecraft, even though it may be billions of miles away, and fix those little glitches."

Bowman also credits her team for their extraordinary work in getting through the rough patches.

While Pluto is now long in New Horizons’ rear-view mirror, the spacecraft’s work isn’t done. After being approved for a mission extension, Bowman said its next destination is a Kuiper Belt object known as 2014 MU69. Measuring only 23 miles in diameter, the object has an orbit that’s nearly 1 billion miles beyond Pluto, according to NASA.

Bowman said New Horizons is scheduled to fly by the object Jan. 1, 2019.

She hopes the New Horizons mission will inspire the next generation to consider space exploration as a career, much like she was inspired by the astronauts of the 1960s.

"When I go and speak places, just the subject of space exploration is one of those things that people love learning about," she said. "After these presentations and talks, I’ll always have questions from young people, and I think that’s certainly telling of their interest and the excitement they share in space exploration."

She’ll have a chance to answer some of those questions when she delivers the keynote address at the Wisconsin Space Conference. She plans to speak about the logistics of the Pluto missions, the obstacles the team had to overcome and some of the situations the team planned for that luckily didn’t happen.

As for the future of space exploration, Bowman said she’s excited to see what comes next.

"I think there are so many really neat questions out there, more than enough to keep our younger generation interested in science for a very long time," Bowman said.