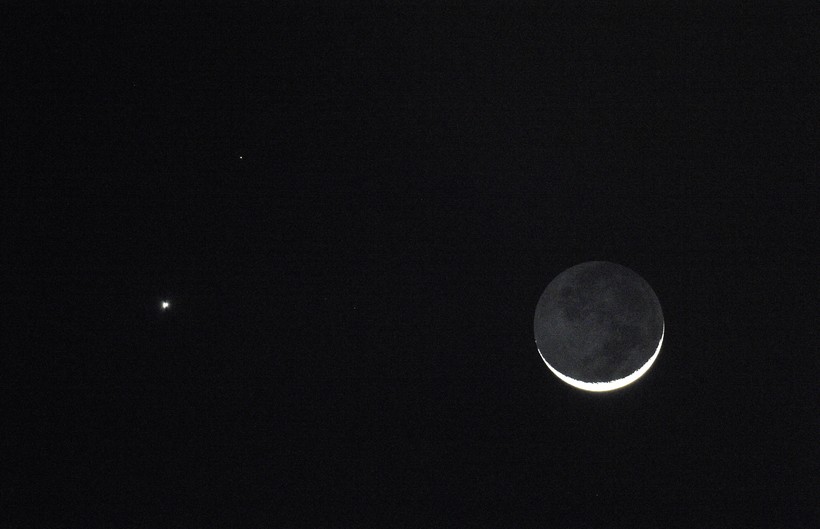 This Summer Mars, Saturn, Jupiter Will Be As Close To Earth As They Get
By Mary Kate McCoy
Share:

This spring and summer will bring plenty of opportunities for night sky enthusiasts, says Paul Kinzer, author of "Stargazing Basics: Getting Started in Recreational Astronomy."

"This summer you’re going to be able to see Mars, Saturn and Jupiter about as close as they get to the Earth," Kinzer said.

The three planets will be in opposition this summer, meaning the Sun and the planets are on the exact opposite sides of the Earth.

During opposition, planets rise at sunset, are highest in the sky at midnight, then set at sunrise. This year, Jupiter will be at opposition on May 8, Saturn on June 27 and Mars on July 27.

Midnight is the best time to view the planets during their opposition because they are closest to the Earth at that hour — making up a straight line between the Sun and the Earth, Kinzer said.

"They’ll sort of dance around the sky as we pass them and they pass us, and yet we’ll be able to see them very, very well this summer. Especially Mars," he said.

The Earth and Mars are at opposition about every 26 months. Mars takes about two years to circle the Sun and because the Earth travels faster, it takes about 26 months to catch up to it, he said.

Mars is unique because of its oblong orbit around the sun, which leads it to get much closer to the Earth during some oppositions than other planets, Kinzer said.

Through a telescope, Mars will be close enough to see some detail this year, he said. Close oppositions like this year only happen about once every 15 to 17 years. This illustration shows the relative positions of Earth and Mars at the last seven Martian oppositions from 1995 through 2007. NASA, ESA, and Z. Levay

Yet, viewed through a telescope, Venus appears as a white ball or crescent because the planet is covered in thick clouds – 100 times thicker than Earth, Kinzer said.

But Mars has an atmosphere.

"Sometimes you can see clouds in its atmosphere, but you can usually see right through its atmosphere because it’s 100 times thinner than ours," he said of Mars.

Kinzer advises planet-gazers to take advantage of Mars' opposition this year. But even at its closest, it looks much smaller than Jupiter or Saturn.

"The thing is, Mars is so tiny that it's only worth looking at during the month or two before and after opposition, even through a pretty big telescope," he said in an email.

You can see Jupiter, Saturn and Mars — three of the brightest planets — with a naked eye throughout most of the year, except for short periods when they are too close to the sun, he said.

For the best views of the night sky, Kinzer recommends getting as far away from civilization as you can to avoid light pollution. Even if you can’t get away from it all, at least avoid artificial light like street lights, garage lights, headlights and flashlights. Then let your eyes adjust to the dark.

"Looking up is so important, and once you do ... if you just look up at night, you may get hooked," he said.