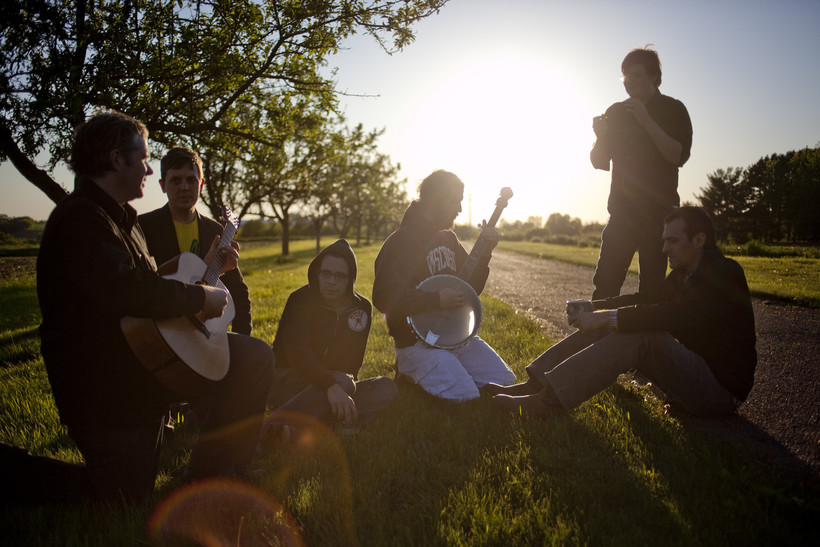 Listen to any of his songs and one knows why Bon Iver’s Justin Vernon has established himself as the Millennial generation’s romantic bard.

As such, fans might not be too surprised to learn that Vernon and the members of his latest project, Wisconsin’s very own indie-rock supergroup, Volcano Choir, haven’t given up promoting their last record even though it dropped more than a year ago. (After all, how heroic is a romantic if he gives up easy?)

On Wednesday, Volcano Choir posted a new video for “Tiderays,” which appeared on 2013’s “Repave.” The video was directed by Kyle Buckley and Andi Woodward and features dancers from the Milwaukee Ballet, who perform in silhouette throughout the clip.

The video was created as part of a Milwaukee-based art collaboration that happened last April called 551 Project. The effort pulled together more than 100 artists to make five videos for five bands over the course of two days, according to Woodward’s website.

“This project is about making art with friends, new and old, and helping each other become better at what we all love to do,” the project’s creators said in a posting on Volcano Choir’s website.

Volcano Choir, which consists of Vernon and several current and former members of Milwaukee’s Collections of Colonies of Bees, has seemingly wrapped up tour duties behind “Repave,” they do have one more date on the books. The band recently booked a show for Nov. 30 at Turner Hall Ballroom in Milwaukee.