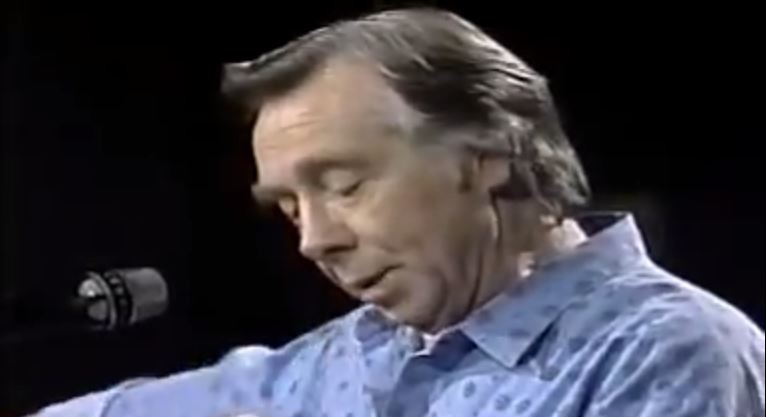 Pick Of The Day: Tommy Makem Amazes A Cappella

On this side of the Atlantic, few figures of the 20th Century can claim to be a greater exponent of Irish music than Tommy Makem.

Called alternately "the Bard of Armagh" and "the Godfather of Irish Music" by his admirers, Makem became the banjo-slinging chief evangelist for Irish culture, a revivalist for generations of Irish-Americans whose ancestors settled in this part of the globe and a musical touchstone for all players who sought to tap into the roots of folk music and its sonic descendants.

Like the Clancy Brothers, with whom he performed with off and on for years, Makem became a de facto cultural ambassador for Ireland and Irish culture. While the '50s and early '60s was a time in the U.S. when cultural homogenization and uniformity seemed prized over diversity, Makem and the Clancys -- each dressed in matching Aran sweaters -- proudly played an ethnic music on national venues, like "The Ed Sullivan Show."  And it was during these years that Makem and company succeed in bringing many of those with Irish heritage to a point of greater appreciation and understanding of their history.

Meanwhile, their music also had a powerful influence on American folk music greats like Bob Dylan, Joan Baez and others. Their mixture of material, ballads as well as hell-raising "rebel songs," served as a kind of manual for performers, instructing them about the values of musical variety and authenticity.

Between musical activities, Makem's interests strayed into other areas as well. He recited poetry, wrote books and occasionally hosted documentaries and performances all with links to his native land.

This performance of traditional song "The Cobbler," which came from a 1992 PBS special called "Tommy Makem and Friends in Concert," underscores Makem's unique gifts as both a spell-binding performer and loyal interpreter.  With no instruments and a little pantomime, Makem is captivating as his baritone-voice details another Irish ne're do-well and his troublemaking ways.

(As an aside, here's another Makem performance of the same song, which is remarkable for two reasons. First, it's nearly identical to the 1992 version even though it's separated by two decades. Second, Makem's play-acting gets a little too realistic when he accidentally spits into his own hand.)