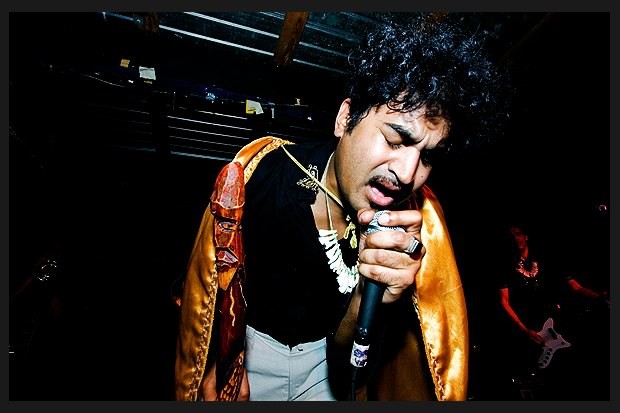 While '60s-era garage rock remains a beloved touchstone to many in the underground-rock world, there are very few contemporary takes on the form that even come close to besting the originals.

That's what makes King Khan & the Shrines' song, "Better Luck Next Time," so wonderful. Few songs are a more perfect distillation of all the sonic ingredients that garage bands like the Them or the Yardbirds or Love toyed with back in the day. "Better Luck Next Time" is a tour de force packed into a little more than 3 minutes.

It seems made-to-order for a Wes Anderson movie. The track is prominently featured on the group's album, "Idle No More," which was released by indie-rock haven Merge Records last month.

The band is currently on a North American tour and slated to play in Madison on Oct. 22.