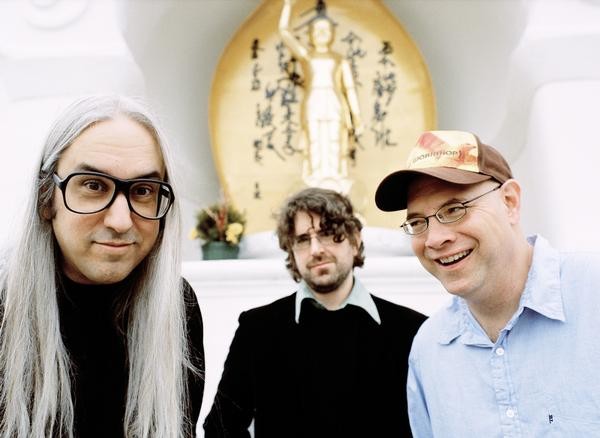 The members of underground-rock trio Dinosaur Jr. might now sport gray hair (or none at all) and remain firmly ensconced on the oldies reunion circuit, but these guys remain a fierce live unit.

This version of "Sludgefeast," a killer cut originally released on their 1987 debut album, "You're Living All Over Me," was recorded last spring for a radio program and documents how powerful the band's music can be. Dinosaur's unique blend of influences -- from the Cure to Jimi Hendrix to Black Flag -- helped forge the music template that was packaged as alternative rock in the 1990s.

Acting like the slackers they were once accused of being, the band seems fairly casual at first. The song's beginning is somewhat disorienting until bassist Lou Barlow jumps in a few beats late with a rumbling sound that makes the song lunge forward like a rabid dog. Guitarist J. Mascis' playing is constantly shifting moods -- growly riffs segue into Hendrix-like heroic vistas of sound than transform into lush harmonic chords a la My Bloody Valentine.

So long as Dinosaur Jr. continues in this way, surely dinosaur rock will never go extinct.