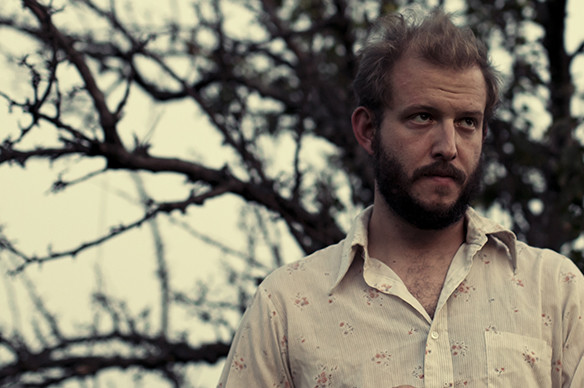 Pick Of The Day: Appearance Of Bon Iver's New Song Suggests Musical Hibernation Could Be Ending

After two years of uncertainty and (near) radio silence, there are signs that Wisconsin's Bon Iver might be ending its self-imposed exile.

In 2012, Justin Vernon, the mastermind of the Eau Claire-based, one-man project, apparently wanted out. After a positive reception for the band's self-titled 2011 album, a successful tour and a pair of Grammy award wins, Vernon told the media that he was putting Bon Iver on ice for a while. This left the group's future definitively open-ended.

In the meantime, Vernon has busied himself with other endeavors, including new records by his side bands Volcano Choir and the Shouting Matches, as well as occasional studio collaborations with Kanye West and James Blake.

So, it was something of a surprise when the first new Bon Iver song, "Heavenly Father," could suddenly be heard online early this week.

Press reports had said that a new song from Vernon was coming and is slated to be featured in "Wish I Was Here," an upcoming film starring and directed by Zach Braff.  Rumors had suggested that the song would come out under Vernon's name as opposed to Bon Iver, but the name change might suggest Vernon is beginning to think again about his musical bread and butter.

The song's appearance on the soundtrack isn't without consequence. Braff, who is best known as the star of the TV comedy "Scrubs," famously made indie-pop auteurs the Shins household names when he included two of their songs on his 2004 directorial debut, "Garden State." (Yeah, you remember the scene now? The Shins' "New Slang" is playing on Natalie Portman's headphones when she meets Braff's character in the waiting room.)

According to NPR, Braff asked many artists to write new songs for his flick. Mary Ramos, the soundtrack's music supervisor, told NPR that she flew to Wisconsin to show Vernon the film and he began recording "Heavenly Father" on the spot.

One listen and fans could identify this is a Bon Iver track. The deconstructive, layered vocal/instrumental samples harken back to Vernon's more interesting experiments like "Woods." This time, he embellishes these songs by stacking a pair of sputtering, wheezing organs on top. And measure after measure, Vernon's melodic ambition seems to expand. He tacks on a brittle drum machine beat and some acoustic guitar plinking, which succeeds in growing the music into a basement symphony.

As Vernon croons, listeners might think they're getting a whole new torch ballad. But then, the song ends and is ultimately unresolved. They have to wonder: Is this a tease? Or just the beginning?

Listen to the new song, which is streaming on NPR's website. The song can also be downloaded iTunes. "Wish I Was Here" comes out later this month in theater.