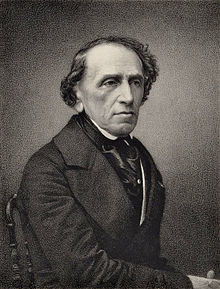 In December 1815 composer Giacomo Meyerbeer was in London visiting celebrated composers and performers. When it came to pianists, he was most impressed by a fellow German who had settled in London, Johann Baptiste Cramer. In his journal Meyerbeer wrote:

Cramer is in his forties, a big, sturdy man with an impressive face. His fingers are long and slender but powerful. He left Germany when he was so young that he can barely understand German anymore. We spoke in French, in which he's fluent. We talked for about a half-hour, mostly about the Philharmonic Society, of which he's a member--a little strange because he formed a competing organization.

He was kind enough, of his own volition, to play us twelve pieces of his that go by the title Sweet and Useful. I don't think that I'm exaggerating when I say that even on the heaviest Broadwood instrument his touch is lighter than Hummel's celebrated touch on the Viennese piano.

The evenness of his playing, the lightness and diminuendo are beyond praise. With those three abilities he gives a new quality and elegance even to the most commonplace things. Even in the most difficult passages his light touch and delicacy don't change, which gives his playing a color and force all its own.

At the same time, though, that amazing evenness lends itself to a kind of monotony because the arching of his fingers, appropriate for the style, hinders powerful playing in the passages that call for it. Cramer does tend to bang and hammer occasionally, but that's only a fleeting shadow that hardly diminishes his reputation. Anybody who can match Cramer in this genre is by definition the number one pianist in the world, regardless of one's opinion of the genre itself.

Meyerbeer's youthful enthusiasm had its limits though. Later in the same journal entry, he criticized Cramer's playing of Bach as "affected" and "inappropriate to the style required by the music."