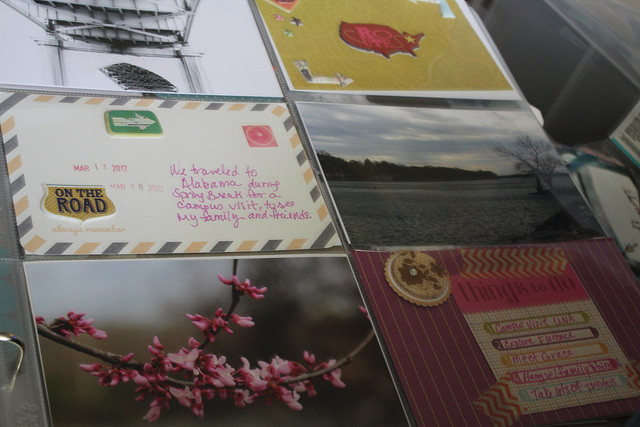 The Photo Album Has Changed, But It's Not Dead

Back before the digital photograph, showing off photos of your recent vacation didn’t look like uploading them to Facebook.

Instead, you brought your roll of film to a store to be developed. Then, you’d carefully stick the photos that worked into an album, maybe bringing it out on holidays or get-togethers.

The digital age has made photographs more ubiquitous, says Paul Hedges, emerging technologies archivist for the Wisconsin Historical Society. But it has also made them less permanent.

"Certainly digital has helped us provide access to photos that are then immediately available to a wider range of people than a physical print," Hedges said. "... At the same time, it’s not always going to necessarily be there. We have to think about where we’re putting it and long-term storage. So there are trade offs."

The sheer volume of digital photos versus print can be overwhelming, Hedges said. It’s easy to take tens of thousands of photos and store them on a hard drive without culling them down at all.

The traditional photo album, then, isn’t dead, but there is a way to be intentional with digital photographs, Hedges says.

"If I gave my son a flash drive, he’d put it in a drawer, he’d probably some day maybe discover it again," Hedges said. "If I print out an 8-by-12 photo book, with not only pictures that I’ve selected but captions and identifying the people in those pictures, that becomes kind of a long-term record that he’s able to pull out and show children or friends down the road."

Photo albums are still a way to store your most important photos in a stable way, so they’ll still be around 50 years from now. And there are more ways to do it than ever before.

Websites like Smugmug and Shutterfly allow you to upload a number of photos, even from your social media accounts like Instagram, and easily create and print an album relatively inexpensively. Or, visit a more traditional in-store photo center at Walmart or Walgreens and create the book at a kiosk.

Hedges said the Wisconsin Historical Society promotes methods like this as a way to preserve family history.

But he has one caveat: download photos directly from Facebook or other social media accounts and you may see a significant decrease in quality.

If you plan to make any sort of printed product from your digital photos, then, make sure to start with the original files. Facebook isn’t a great sole form of photo storage for this reason, he said.